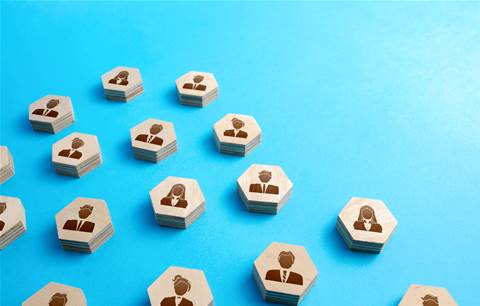 Following the acquisition of rhipe last year by Norwegian services company Crayon, the cloud-focused distributor has seen big changes to its leadership team with a number of senior leaders departing and others taking up senior roles within the new combined organisation.

The most notable appointment was that of Warren Nolan, a 17 year veteran of rhipe, who was recently named head of channels and alliances for Crayon’s Asia Pacific business. However, in the year since the takeover at $2.50 per share, there have been two other notable departures from rhipe, chief among which was the resignation of Dominic O’Hanlon in November last year.

“I am incredibly proud of what has been achieved over the past seven years and have thoroughly enjoyed my time here at Rhipe,” O’Hanlon said in a statement at the time.

“The transformation that rhipe has experienced since this time has been amazing. The foundations have been well built and Rhipe is incredibly well-positioned for its next stage of evolution, as the transition into the Crayon family begins.”

Speaking on the leadership shakeup in an interview with CRN, Crayon APAC boss Rhonda Robati said the leadership changes reflected a move toward creating synergy within the business.

“Our focus has always been, and will always be, our people and ensuring that we continue to add value to all of our customers,” she said. “So I don't believe that it was so much of a change, a necessary change, that's certainly not my view. It was about understanding what we needed as a combined organization and how we best achieve that.”

Crayon’s newly minted channel and alliances boss Warren Nolan said that the transition from the head of an ASX-listed company to a regional role in a global organisation would have been a big change for O’Hanlon.

“It was an opportunity more so for Dom that I think that change came about rather than us identifying that there was a change required. I think the changes that have come about have come about as a result of his decision to, you know, look at other opportunities beyond the acquisition, as opposed to us wanting to make a change.”

O’Hanlon was succeeded in the short term by the company’s head of operations and finance Mark McLellan.

McLellan then left the company in February this year, making way for Crayon’s head of APAC Rhonda Robati, who took over leadership of both organisations in the region.

“Mark has made an incredible impact on rhipe with his approachable leadership style and focus on achieving great outcomes,” Crayon CEO Melissa Mulholland said in a statement at the time.

“We appreciate his significant contribution and wish him every success for the future.”

McLellan has been with rhipe for more than five years and was the spearhead of the integration of the two companies.

In another major departure from the company, chairman Gary Cox took up an independent non-executive director position at rival distributor NEXTGEN.

Cox spent three years at rhipe and was also part of the team that oversaw the acquisition by Crayon.

In the new role, Carpenter will work with partners and vendors including Microsoft, VMware, Citrix and Red Hat. He will report to the company's head of technology solutions for Asia Pacific Tovia Va'aelu.

Looking forward, Robati told CRN that the strategy was about ensuring growth for the combined companies through the integration of products and services.

“As a combined organisation, it's really about continuing the great growth of both organisations and collaborating as a united team. Of course, with change, making sure that we continue to have a laser focus on execution.

“That's really around combining two companies with complementary services, to add value to what our partner community is doing. Warren said it best last week when we were chatting, it's never been a better time to be part of the combined organisation, as a teammate or a partner or customer. As our services and our software, broaden [our] offerings around vendors are far more additive to our partner community.”

Speaking on the role of the combined organisation as it applies to channel partners, Nolan said that in his view, a rising tide lifts all boats and it was the job of the Crayon team to help enable partners.

“Our role is to try and lift all the boats that we can and enable as many partners as we can by offering them our expertise and our resources to make their business a better business,” he said.

“I think there's a natural tension that's going to occur more and more because of those services being offered by a broader range of vendors, resellers and actual MSPs.

“It's not a case of us choosing a particular profile or persona of customer that we will try and attract, versus thinking that our partners don't serve those customers. It's more a case of, if we find a customer that that is dealing with one of our partners, then we will respect that relationship.”

Got a news tip for our journalists? Share it with us anonymously here.
Copyright © CRN Australia. All rights reserved.
Tags:
acquisitionbusinesscrayonrhipewarren nolan
By Chris Player
Mar 30 2022
8:00AM