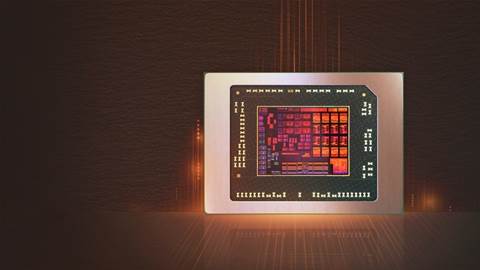 Rival chipmakers Qualcomm and AMD have joined forces to optimise Qualcomm’s FastConnect connectivity system, in a move that will boost remote management capabilities and Wi-Fi performance for business laptops with Ryzen PRO 6000 chips.

The companies worked with tech giant Microsoft’s next-generation Windows 11 PCs to use the full capabilities of Wi-Fi Dual Station.

The direct shot against competitor Intel is the new system’s enhancement of AMD’s Manageability Processor, which provides functions similar to Intel’s vPro.

For IT administrators, the solution will enable wireless manageability.

However, AMD has some work to do to challenge Intel’s well-regarded vPro, which has a hold on the market for remote management capabilities.

Halford said, “…vPro is by far the dominant PC platform in large enterprise.”

Intel was aiming their efforts at small and medium-sized businesses as well with its new vPro Essentials, which is a pared down version of the security and management platform, Halford added.

AMD and Qualcomm will have some backing from heavy-hitting PC vendors Lenovo and HP.

Got a news tip for our journalists? Share it with us anonymously here.
Copyright © 2018 The Channel Company, LLC. All rights reserved.
Tags:
amdbusinesschipsintelqualcommryzenvpro
By Shane Snider
May 18 2022
8:46PM