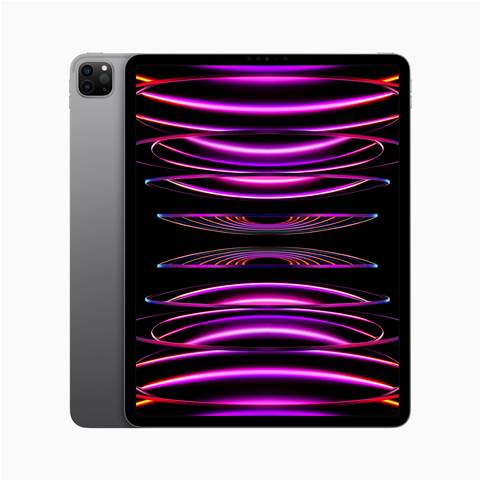 Apple today announced the new iPad Pro with the M2 chip, which the company said delivers the ultimate combination of portability, versatility, and performance.

The announcement comes on the cusp of an important holiday season, which may see fewer than expected sales in the mobile sector.

Apple and other tech companies are betting on the sales strength of higher-end products to pull them through a tough period.

Apple’s next generation in the M-series of chips offers power efficiency, a unified memory architecture, and custom technologies featuring an 8-core CPU that is up to 150 percent faster than the M1 chip.

The 10-core GPU delivers up to 35 per cent faster graphics performance, Apple said.

Combined with the CPU and GPU, the 16-core Neural Engine can process 15.8 trillion operations per second – 40 per cent more than M1.

The chip supports up to 16 gigabytes of unified memory to make multitasking and working with large assets easier.

Apple's new media engine and image signal processor allow users to capture video in ProRes, which can be transcoded up to three times faster.

On the display side, the 11-inch iPad Pro M2 misses out on the better (and costlier) XDR display in the 12.9-inch model.

Using iPadOS 16, the second-generation Apple Pencil’s hover provides a new dimension for users to interact with their screen, the company said.

Apple Pencil is now detected up to 12 mm above the display to allow users to sneak a peek at their mark before touch the screen.

This lets users sketch and illustrate with more precision, the company said.

With Scribble, text fields automatically expand when the pencil approaches the screen.

Downloads are up to 2.4 Gbps, two times faster than the previous generation.

Wi-Fi and cellular models with 5G (sub-6GHz and mmWave4) support more 5G networks around the world.

Apple said the new iPad models are designed to minimise their impact on the environment and include 100 per cent recycled gold – which is a first for iPad – in the plating of its multiple printed circuit boards.

Redesigned packaging in the new iPad Pro eliminates the outer plastic wrap, and 99 per cent of the packaging is fibre-based, bringing Apple closer to its goal of removing plastic from all packaging by 2025.

All prices include goods and services tax.

Got a news tip for our journalists? Share it with us anonymously here.
Copyright © 2018 The Channel Company, LLC. All rights reserved.
Tags:
appleapple siliconipadm2proprorestech
By Shane Snider
Staff Writers
Oct 19 2022
7:13AM