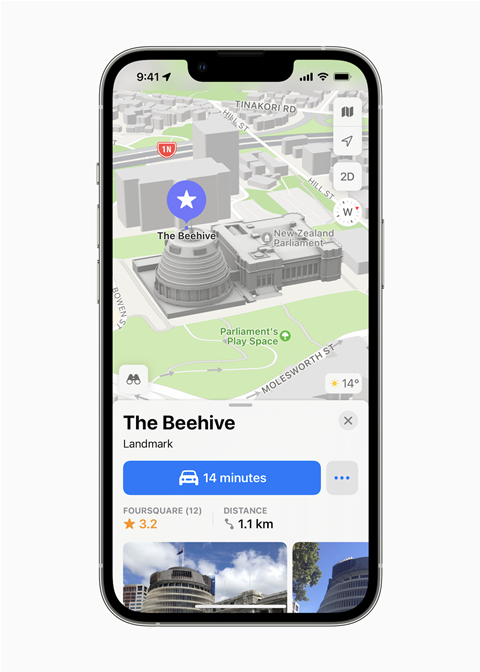 Landmarks such as Auckland's Sky Tower, the Beehive and national Te Papa Tongarewa Museum are presented in three dimensions, with Flyovers for checking out select major metro areas with photorealistic, immersive 3D views.

An Explore Guides button in Maps provides access to over 2000 saveable curated tours in Maps, from Culture Trip, FATMAP and others for outdoor activities.

Users can also add their own Guides to Maps.

Speed and red light camera alerts are now available, with the locations of these marked on Maps.

While driving, Maps offers lane guidance before turns and elevated roads and Apple has added accident reporting via Siri voice commands to the navigation tool.

On foot, the AR walking guidance works with users scanning buildings in the area they are in.

Maps then generates an accurate position and detailed directions that can be viewed in real-world context.

Apple has also added Indoor Maps for airports and malls, allowing users to simply open the app and check what level they’re on, find toilets, and which stores and restaurants are open.

Apple's personal digital assistant Siri's Natural Language Guidance has been improved to provide easier to understand and to follow directions.

Siri can also share estimated times of arrival with family, friends and colleagues either with a tap on the screen, or through a voice command.

This allows those who receive the ETA to view the traveller's route and get updates if delays occur.

For public transport users with an Apple iPhone running iOS 15, Maps can find nearby stations more easily, figure out routes and notify users when they need to disembark. 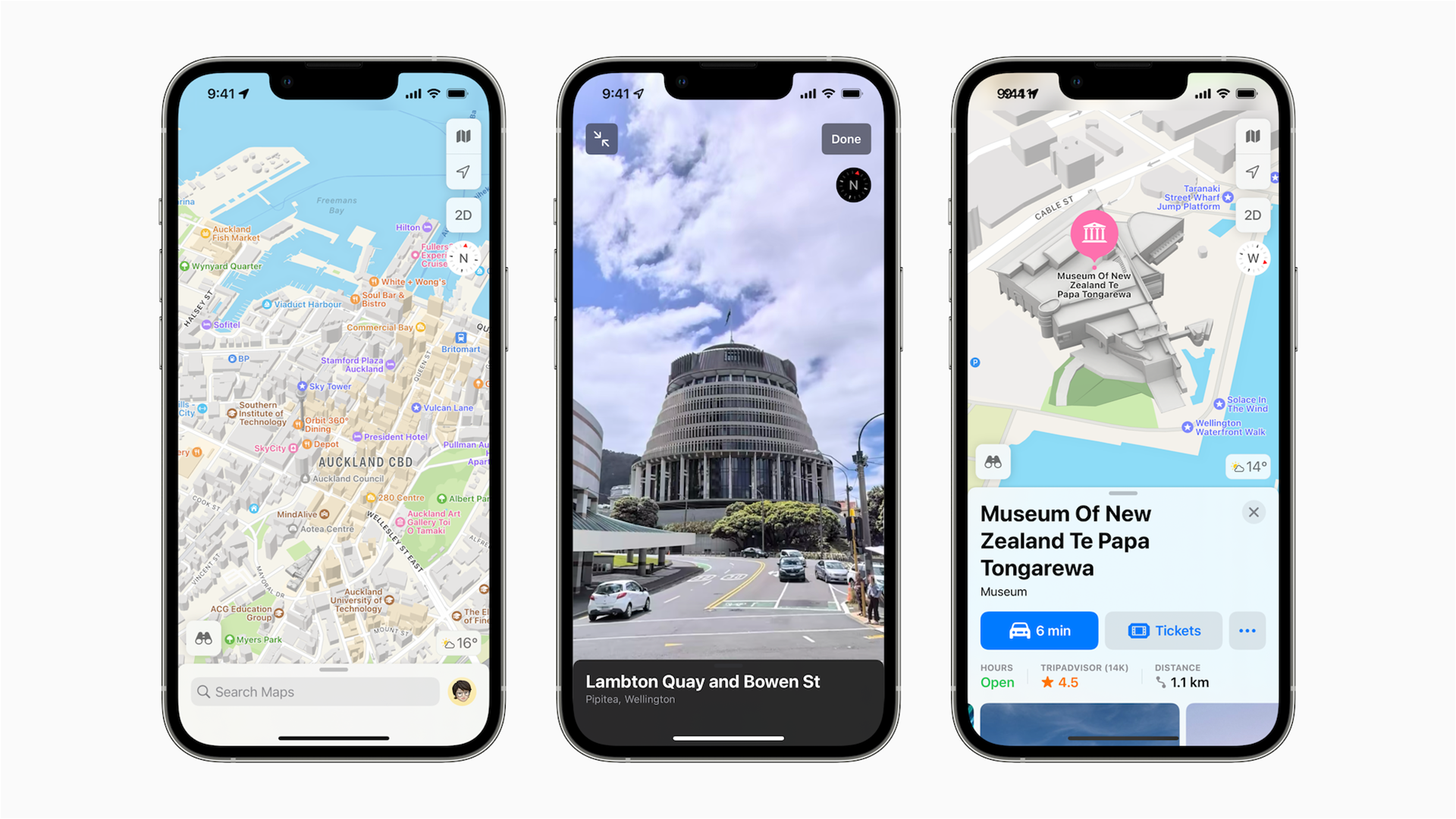 In customary fashion, Apple emphasises its privacy protections for Maps.

Such protections have become increasingly important for users, after concerns that law enforcement in some countries like the United States would track people visiting for example abortion clinics, in the wake of the Supreme Court overturning the landmark Wade vs Roe case.

No sign-in is required for Maps which keeps personalised features, such as suggesting departure time to make the next appointment, on users' devices only.

Apple said that any data collected by Maps while using the app is associated with random identifiers that are regularly reset, to prevent the connecting of search and location data stored on servers, to a unique user.

In addition to the above, Apple Maps also fuzzes users' locations on the company's servers when they're looking for directions.

The exact location where users searched with Apple Maps is converted to an imprecise one with in 24 hours.

While Apple claims it has millions of Maps users in 200 countries, the navigation tool remains a minnow compared to Google Maps which industry observers estimate has an approximately 70 per cent market share.

Google's Maps apps run not just on the company's Android devices, but there are also versions for Apple's iPhones, iPads, and Mac desktops and laptops.

In comparison, Maps only runs as an app on Apple devices, but it can be accessed on other platforms through a web browser.

The new Maps app should arrive for users as an automatic update.

Got a news tip for our journalists? Share it with us anonymously here.
© CRN New Zealand
Tags:
applegooglemapsnavigationtech
By Juha Saarinen
Jul 8 2022
1:07PM