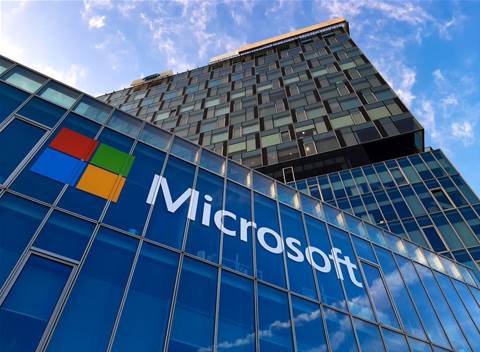 A Microsoft partner based in Australia has started an online petition disapproving of newly announced Microsoft partner program changes, with the petition calling the tech giant’s new partner scoring system “impossible to achieve as it’s heavily biased toward 'new sales’,” reports CRN US.

The partner – who asked CRN to identify him only as George to prevent any retribution from Microsoft – published the petition to Change.org. He is the same partner who started a 2019 petition to protest a plan by Microsoft at the time to stop providing partners with internal use rights (IUR) on its products.

CRN US has reached out to Microsoft for comment.

George told CRN US in an interview that he fears Microsoft eventually incentivising customers to work directly with the vendor by sticking partners with higher prices and less favourable contract offers.

“What we’re finding is Microsoft is leaning now toward locking people in for longer periods of time and also setting the bar essentially higher for the MSP so that our goals become almost unattainable,” he said.

He also feels that Microsoft has taken advantage of a stressful time for partners – from learning new technology to a hiring crunch to dealing with COVID-19 and adapting to remote work – to roll out business-altering changes in its partner program, from New Commerce Experience and premium on month-to-month commitments to the new partner capability score and partner designation system that ditches gold and silver.

David Rigdon, a senior systems administrator at Computer Helper, a US-based Microsoft partner, told CRN US in an interview that he decided to sign the 2022 petition over the new partner score system because he disagrees with Microsoft’s partner program changes.

“It makes me angry thinking about what Microsoft is doing to their partners, all with the guise that they are helping us out,” Rigdon said. “The changes that Microsoft is rolling out is a blatant disregard for the trust that companies have given Microsoft.”

Rigdon said his company does not yet qualify for any new competencies under the Microsoft Cloud Partner Program (MCPP) changes that come in October, which includes the new scoring system.

“It’s yet another hoop we have to jump through,” he said. “And we’ll see if we can jump through those hoops.”

The stress of the past two years has George wondering if he can achieve the success of his 2019 petition protesting IUR changes received more than 6,000 signatures. Although it’s not clear whether Microsoft executives saw the 2019 petition, Microsoft’s channel chief at the time ultimately decided against ending IUR for partners.

He continued: “It was a perfect time during COVID for them to announce NCE because a person who has the life knocked out of them has no will to fight. It's kind of like that old saying: Better the devil you know. Better the devil you know. So people think, 'I’m just exhausted. I'm mentally exhausted. I’m just gonna bow down and whatever it is.’ But then you're going to get a few people like me who are a pain in the ass who just will call it for what it is.”

As of Tuesday morning Pacific Time, the petition had more than 280 signatures out of a goal of 500.

“Part of our issue is that Microsoft is also vetting the type of client we're winning, and we don’t like that,” he said. “I provide the same service to a five-seater as I do to a 100-seater. I don't turn around and value my oldest child more than my youngest child. We love all their children equally. I love all my clients equally.”

He estimates that at this time, his business will not meet the 70 score minimum needed for Microsoft to consider him a “solutions partner” instead of a base-level partner.

“It's not selling based on what I already have – that’s a small portion,” he said. “They've got a huge emphasis on you going out and buying new products.”

Based on his interpretation of the new scoring systems, the score doesn’t properly award points for educating employees and achieving certifications. “Even if we went and got two intermediate certs, plus one expert cert, it doesn't matter,” he said.

He is worried about not only more program changes from Microsoft during 2022, but ones less favourable to partners. “Once you get into the habit of taking things away from people, it tends to accumulate,” he said.

As for New Commerce Experience – a wave of partner program changes from Microsoft that preceded the score system changes and includes a 20 percent premium on month-to-month commitments plus deal lock-in after seven calendar days – George agrees with arguments other partners have made against the program changes.

Incentivising customers to go with annual commitments increases the risk of partners stuck with paying the rest of a license commitment if a customer goes out of business or no longer needs the license.

“I don't want to have to go to sleep at night thinking which customer is going to walk away tomorrow and how many months of Microsoft 365 do we have to go and pay,” he said.

What’s more, MSPs are used to buying and selling products monthly and will have to deal with separate billing platforms for separate periods.

For example, during an online event where Clark announced MCPP, he said that partners can keep their current benefits.

“It’s important to note that as part of this evolution, we’re not removing any benefits that partners received today … we're not removing any benefits – we’re investing to accelerate,” he said Wednesday. “And as part of that investment, we’re introducing new cloud products so that we have more users for cloud subscriptions available to our partners. We have greater flexibility available to our partners to leverage and utilize Azure credits.”

He continued: “We have an opportunity where partners have up to 18 months – plus or minus – to determine whether or not they want to be a part of the Microsoft Cloud Partner Program and participate in the benefits … I also think that this is a good space, again, to just communicate that the benefits for our partners will continue to stay intact.”

George has vendor partnerships outside of Microsoft but recognised that not all partners can achieve that and not all partner businesses make sense as a multi-vendor operation. He said he has not been tempted to look into Google’s productivity and cloud tools.

“A jack of all trades and a master of none,” George said. “The good thing is with Microsoft – you look at Azure, very mature. Now you look at the 365 ecosystem, very mature. All the corporate desktops all tend to be running Windows 10, Windows 11. It's not a very hard sell.”

George told CRN US that he wants to see a better effort from Microsoft to talk with partners and listen to partner concerns.

“We are entitled to rip into Microsoft. They're entitled to rip into us,” he said. “That’s the sign of a healthy democracy. That's the sign of a healthy relationship. That’s the same as an employer-employee. The employer is not always going to get his way. And the employee won't always get their way. But we know that there are mediums and there are ways of being able to converse and to try to have some type of middle ground. But the moment I don’t go and argue with Microsoft or I don't vent or I don’t advocate for something I believe in, they will always get their way. And that becomes a problem because someone who's that large always getting their way – it becomes a one sided relationship. And that’s not a relationship.”

Despite the hardship brought on by the program changes, George said he still stands by Microsoft’s technology and has faith in the tech giant becoming fairer to partners.

Microsoft has already made at least one change to New Commerce Experience due to backlash from partners. The seven-day window for changes to customer subscription plans was originally 72 hours. But even a 10- to 14-day window would be preferable, George said.

Got a news tip for our journalists? Share it with us anonymously here.
Copyright © 2018 The Channel Company, LLC. All rights reserved.
Tags:
microsoftnew commerce experienceservice providers
By Wade Tyler Millward
Mar 24 2022
8:57AM