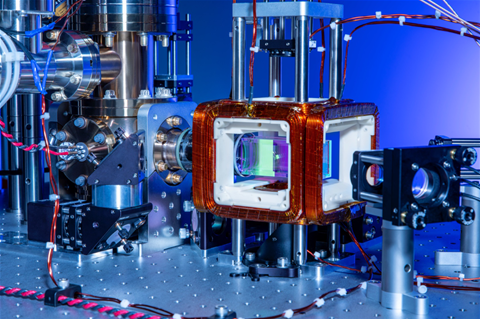 Users of Amazon Web Services quantum computing research service Braket will have access to the Aquila neutral-atom processing unit with up to 256 qubits, the cloud giant announced.

The device is made by QuEra Computing, and is capable of Analogue Hamiltonian Simulation or AHS, which gives the total energy of a quantum mechanics system.

Aquila is a special-purpose device that can be used to solve specific tasks, and operates by trapping atoms with lasers.

Atoms can then be arranaged in programmable one or two-dimensional layouts that induce interactions between them through van der Waals forces.

Researchers can use the Aquila QPU to program complex lattice geometries with up to 256 qubits, the quantum computing equivalent to bit in traditional computing.

In the device, the qubit consists of the ground and highly excited Rydberg states of the atom.

Systems up to 256 qubits allow researchers can observe phenomena such as spin-liquid phase emergence in which the non-local, topological order state of matter can be demonstrated.

Got a news tip for our journalists? Share it with us anonymously here.
© CRN New Zealand
Tags:
amazonaquilaawsbraketquantum computingquera computingservice providers
By Juha Saarinen
Nov 2 2022
8:13AM