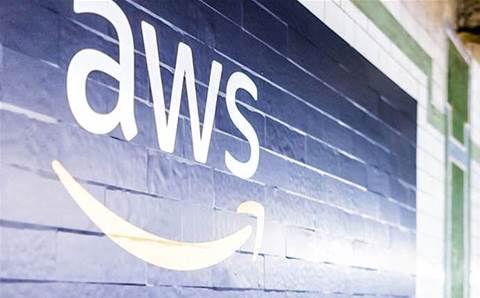 Matt Garman, AWS’ senior vice president of sales and marketing, wrote on LinkedIn that Microsoft's use same anti-competitive tactics that many companies have been raising with them for years, but which went unheeded until they were put before the European Commission.

Garman also published a link to an opinion article published earlier this month in The Hill by University of California professor Steve Weber.

The article calls for more regulation around the bundling of cloud applications and cloud platforms.

“MSFT’s answer is not to do what’s right for customers and fix their policy so all customers can run MSFT’s software on the cloud provider they choose; but rather, under the pretext of supporting European technology needs,

MSFT proposes to select cloud providers about whom it is less competitively concerned and allow MSFT software to run only on those providers,” Garman wrote.

He continued: “This is not fairness in licensing and is not what customers want.

"We continue to hear from customers around the world that MSFT’s discriminatory licensing practices are costing them millions of dollars and the freedom to work with whom they wish,” Garman said.

CRN US has reached out to Microsoft and AWS for comment.

“How many cloud providers does AWS allow to run AWS software?” Stenger asked.

“What Amazon IP does Amazon allow customers to run in the Microsoft Cloud?” he continued.

“In the past, they [customers] have had the luxury of being able to select best-of-breed and wire it together,” he said during Inspire.

“That’s a luxury that frankly is not going to be afforded in today’s economy and in today‘s world.

"So we have to help them with the best of suite approach – consolidating and enabling a future that’s integrated and you can help deliver that across every facet of the Microsoft Cloud,” Althoff said.

Although Microsoft CEO Satya Nadella didn’t name AWS, he appeared to justify using Microsoft products together for cost savings on cost during his own Inspire keynote.

“Across our offerings, we offer the best value at every stage of the cloud migration,” he said.

“To just share two examples, it’s up to 80 percent less expensive to run Windows Server VMs (virtual machines) on Azure and SQL Server VMs on Azure than it is with our main competitor,” Nadella said.

He also said that using the Microsoft 365 suite of products can save customers “more than 60 per cent compared to a patchwork of competitive solutions” and that the Power Platform suite of business process automation and productivity applications saves customers “80 per cent or more compared to major competitors.”

Microsoft also used the Inspire event to announce a collaboration between Microsoft and IT vendor rival Oracle around enabling Oracle database offerings on Microsoft’s Azure cloud.

This isn’t the first squabble on LinkedIn between Microsoft and AWS.

Microsoft’s Althoff posted a link on LinkedIn in February to an article about the Amazon Care telehealth service rolling out nationwide, and brought up repeated criticism of how the cloud computing giant treats partners.

“Trust is a top priority for our customers,” Althoff wrote on LinkedIn “In industries like healthcare, financial services, and retail, they need to be able to trust that their cloud provider won’t partner with them one day and compete with them the next," Althoff said.

"At Microsoft, it means something that we are, and have always been, an enterprise technology company,” he added.

In Weber’s opinion article in The Hill, he calls cloud computing “the single most important development in the digital economy over the last decade” for reducing startup innovation costs, allowing rapid changes in computing capacity and improving cybersecurity.

He said that there are some advantages in pricing and performance when cloud vendors package together computing infrastructure with software applications and security, “but this is precisely why we have to be extra vigilant about the business models and licensing practices of the major cloud service providers.”

“As long as Google Cloud and Amazon AWS customers are still disadvantaged by Microsoft’s enterprise software pricing scheme, most European customers will continue to have to absorb higher prices for some important enterprise applications if they choose not to ‘switch’ to a bundle that lives in Azure,” he said.

Weber said that Microsoft is continuing the practices that brought it antitrust scrutiny from the US government in the 1990s.

He added that recently the US has turned its attention to the possibly anti-competitive nature of Apple’s App Store, Google’s search engine and search ad products and Amazon’s private-label items sold on its e-commerce platform.

“These are important developments in competition policy, but they are also aimed at markets that are somewhat mature where the damage has already been done,” Weber said.

“Do we really want to wait for the same kind of problem to further impede the development of competition and innovation in the cloud?” he asked.

Got a news tip for our journalists? Share it with us anonymously here.
Copyright © 2018 The Channel Company, LLC. All rights reserved.
Tags:
awsmatt garmanmicrosoftservice providers
By Wade Tyler Millward
Staff Writers
Jul 25 2022
12:03PM