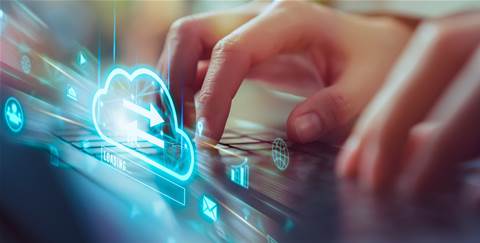 Representatives of Amazon Web Services and SAP have sent CRN responses to Oracle’s latest criticisms of the companies’ database offerings.

In the company’s latest earnings call held earlier this month, Oracle co-founder and Chief Technology Officer Larry Ellison said that his company will make its MySQL HeatWave tool multi-cloud with the goal of luring customers away from competitors.

“We’re going after the Aurora user base and the Redshift and Snowflake user base,” Ellison said last week.

“We want to make it really easy to convert from Aurora and Redshift, or Aurora and Snowflake, to Oracle HeatWave. And if we’re running on AWS, for example, you press a button – a couple of buttons – and your data is moved immediately to Oracle MySQL HeatWave. You do not – you do not – have to change your application at all. You press a couple of buttons and you move it. OK. Why would you do that? Well, because the cost performance benefits of moving to MySQL HeatWave are extraordinary.”

A spokesperson with AWS said in a statement to CRN US that making HeatWave run on AWS reflects the popularity of the cloud service and that the company is confident in the performance of Redshift and Aurora. AWS is often regarded as the most popular cloud service in the market, followed by Microsoft Azure and Google Cloud.

“We welcome HeatWave to AWS, the most widely adopted cloud provider with the broadest and deepest set of services,” according to the statement. “Oracle’s decision to port HeatWave to AWS reflects the popularity of AWS and will add to the broad selection of database services available to our customers. Based upon the benchmarks we have run to date, we are confident that Amazon Redshift and Aurora will continue providing our customers with industry leading performance and price/performance results.”

More than 100,000 customers, including Airbnb, BP, CapitalOne, Verizon and Volkswagen, use Aurora. Tens of thousands of customers use Redshift, according to AWS.

AWS’ website includes testimonials from customers that have left an Oracle service for Aurora, including Halliburton, Samsung, A+E Networks and LogMeIn.

Meanwhile, as is typical on an earnings call from Austin, Texas-based Oracle Ellison took time to name off customers that have allegedly replaced SAP products with Oracle ones and customers that Oracle has won deals from over SAP.

In a statement to CRN US, an SAP spokesperson said that S/4HANA cloud revenue continues to climb despite Oracle’s claims.

“As evidenced in our numbers, it’s clear that customers are turning to SAP cloud solutions to help them emerge even stronger from this disruptive time,” according to the statement. “SAP met or exceeded expectations in 2021, with Current Cloud backlog growing 26% and S/4HANA cloud revenue up 61% in Q4. Companies moving to S/4HANA, enabled by RISE with SAP, included CVS, Panasonic, IBM and Standard Chartered Bank, in Q4 alone. We now have nearly 5,000 S/4HANA cloud customers and our win rate against competitors in Q4 was more than 70%.”

Got a news tip for our journalists? Share it with us anonymously here.
Copyright © 2018 The Channel Company, LLC. All rights reserved.
Tags:
awsdatabasesoraclesaptech
By Wade Tyler Millward
Mar 16 2022
10:13AM