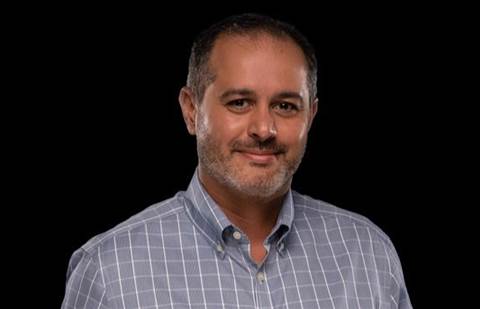 Naguib, CEO of Barracuda since last August and previously the firm’s chief operating officer, said the immediate plan is to aggressively grow Barracuda sales under KKR, a private equity powerhouse that’s been moving aggressively into the cybersecurity space in recent years.

“My goal is to get this company into double-digit (revenue) growth and I’d love to get it to a billion-dollar company. When that occurs, who knows? As soon as possible,” said Naguib, whose firm has revealed its current revenue exceeds US$500 million.

In an interview with CRN, Naguib said channel partners, including MSPs, will continue to be an important part of Barracuda’s growth strategy under KKR, which is purchasing Barracuda from another private equity firm, Thoma Bravo, in a transaction expected to close by the end of the year.

“We are, and have been, investing in our channel before this acquisition and will continue to do that investment and increase that investment (under KKR),” he said. “We look at this transaction as part of the investment for growth from a sales and channel perspective, of things we’re going to be doing to engage more actively with both our MSPs and channel partners. That’s going to be a positive for them.”

Barracuda focuses on serving small- and medium-sized enterprises with a broad suite of cybersecurity offerings, including email protection, application security, network security and data protection. It also has a partner program for MSPs.

Barracuda, founded in 2003, has about 200,000 customers worldwide, according to a company press release.

“We’ve been very, very focused on making sure our channel partners are successful in delivering our products to our customers,” said Naguib. “We have a very robust ecosystem and capabilities with partners we work with worldwide, including MSPs.”

KKR and Thoma Bravo have not disclosed the Barracuda sale price, but a Reuters report has pegged the value of the deal at $4 billion. Naguib declined to comment on the Reuters report.

While saying he plans to rely heavily on the channel for future sales growth, Naguib said Barracuda also plans to add products and new revenue streams via continued acquisitions. Over the past 18 months, Barracuda has purchased, for instance, SKOUT Cybersecurity, a cyber-as-a-service software provider, and Fyde, a Zero Trust Network Access (ZTNA) innovator.

After KKR’s planned takeover of Barracuda later this year, Barracuda will implement KKR’s broad-based employee ownership program, which makes employees part-owners in businesses acquired by KKR. The private equity firm has implemented similar models at more than 25 companies that it has acquired since 2011, according to the statement.

“We think that motivates the right levels of value for a company to engage with customers,” he said. “I think the channel will see that. I think our customers will see that. It’s an all-around big benefit.”

Got a news tip for our journalists? Share it with us anonymously here.
Copyright © 2018 The Channel Company, LLC. All rights reserved.
Tags:
barracuda networksbusinesshatem naguibkkr
By Jay Fitzgerald
Apr 13 2022
3:43PM