Broadcom buy won’t be like Symantec or CA: VMware prez 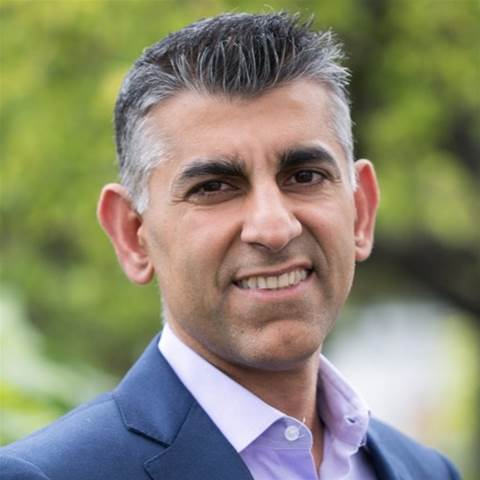 VMware President Sumit Dhawan tried to reassure its more than 35,000 employees that if the company was bought by Broadcom, the semiconductor company wouldn’t handle VMware the same way its treated other large companies it has acquired—specifically Symantec and CA Technologies.

“Let’s not assume, I would say at this point in time, that just because they have done what they have done with Symantec and CA [Technologies] is something that they intend to do with VMware because we’ve heard quite the opposite so far,” said Dhawan in a recent town hall meeting with VMware employees.

VMware’s top executives fielded questions from VMware employees at the town hall about the future of the company if it is acquired by Broadcom for US$61 billion (NZ$93 billion).

VMware leaders were specifically asked what employees should tell their customers who express concern about VMware being purchased by Broadcom.

“Listen, the customer reputation of Broadcom can be negative and also the team members and the actions they have taken in the past with their software businesses have impacted the employees and team members,” Dhawan said.

“I understand this uncertainty and we have to work with them over the course of next 60 to 90 days to get some of these things clarified, but what we heard from them at least address some of the initial concerns,” he added.

Dhawan said Broadcom, unlike prior acquisitions it has made, wants the VMware brand front and centre, leading the combined company’s entire software business.

If completed, Broadcom’s software group will rebrand and operate as VMware, which will incorporate Broadcom’s existing infrastructure and security software solutions.

“The reason why they’re acquiring a sizable premium on top over the current stock price is because they value our broad portfolio and amazing customer relationships with the values we have in terms of helping customers and driving innovation.

And they think that they want to have investment across all of those three things,” said Dhawan.

Broadcom has a history of making large, multibillion-dollar acquisitions of global IT companies that are already established in the market on a worldwide basis, similar to VMware.

In 2018, Broadcom completed its acquisition of software giant CA Technologies for nearly US$19 billion (NZ$29 billion) in an all-cash deal.

Since Broadcom acquired Symantec’s security business and CA Technologies’ software portfolio, it has cut the cost base at those two businesses by 60 per cent to 70 per cent, according to a report from asset managers Sanford C Bernstein.

Cost-cutting for VMware appears to be on the horizon.

Broadcom plans to increase VMware’s annual profitability from US$4.7 billion to US$8.5 billion  (NZ$7.2 billion and NZ$13 billion, respectively) within the first three years of closing the deal.

The company said it will achieve this, in part, by “eliminating duplicative general and administration functions across human resources, finance, legal, facilities and information technology.”

Broadcom does not intend to ‘significantly’ adjust VMware’s portfolio strategy

In terms of customer disruption caused by Broadcom’s acquisition, VMware’s Dhawan said Broadcom does not have any intentions to make major changes to the company’s product roadmap.

“They don’t intend to have any significant adjustment in our product portfolio strategy, which makes us being able to do business with customers in a similar fashion,” said Dhawan.

“I do understand it will cause some additional complexities and we’ll work out the process for it and then for the team members—anyone who’s engaged with building amazing customer relationships, servicing the customer—that’s a huge value to Broadcom.”

For the time being, Dhawan said “it’s business as usual” for VMware.

In the current agreement, VMware now has a 40-day “go-shop” provision that allows the company and its board to actively solicit, receive, evaluate and potentially enter negotiations with parties that offer alternative proposals.

Broadcom intends to close its US$61 billion purchase of VMware by January 2023.

Got a news tip for our journalists? Share it with us anonymously here.
Copyright © 2018 The Channel Company, LLC. All rights reserved.
Tags:
broadcombusinesscacomputer associatessumit dhawansymantecvmware
By Mark Haranas
Staff Writers
Jun 3 2022
9:32AM