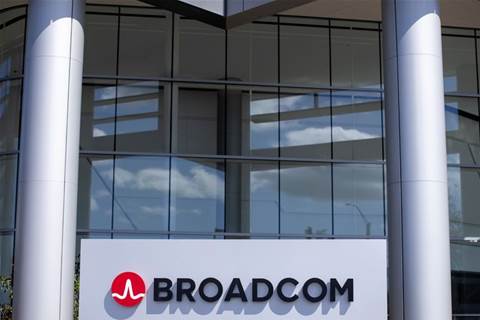 Shares of the company rose 2.4 per cent to US$503 in extended trading after third-quarter results also sailed past expectations.

Companies are increasingly investing in the infrastructure needed to support a switch to hybrid work models, giving Broadcom - which makes chips for data centres, routers and Wi-Fi access points - an edge over competitors with more exposure to smartphones and PCs.

Rivals Intel, Advanced Micro Devices, Qualcomm and Nvidia have all issued demand warnings as consumers spend less on PCs, gaming devices and smartphones in the face of red-hot inflation.

That has helped Broadcom, which counts Apple as a major customer, forecast a 20 per cent sequential jump in current-quarter wireless revenue.

Still, Broadcom may experience some weakness in demand in the upcoming quarters as enterprise, cloud and service providers are likely to moderate their orders and capex spending into 2023, said Summit Insights analyst Kinngai Chan.

"Our industry checks are now indicating some early signals of supply outpacing demand."

Broadcom forecast current-quarter revenue of about US$8.9 billion, compared with analysts' estimates of US$8.73 billion, according to Refinitiv data.