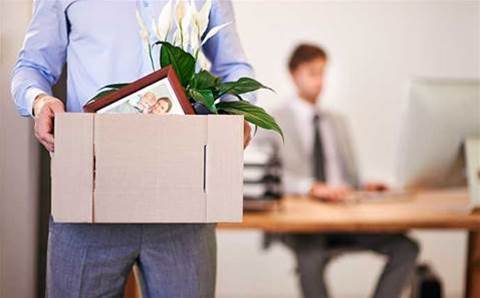 Cloud Software Group, the parent company of cloud vendor Citrix and enterprise applications vendor Tibco has begun widespread layoffs, with thousands of employees throughout the organisation being made redundant, sources told CRN.

“There are thousands of employees being let go,” said a source close to Citrix, who spoke on condition of anonymity.

“It’s a sad day for a company that pioneered the VDI (virtual desktop infrastructure) market.

"It’s a terrible day, with a lot of good Citrix employees with families and kids leaving the company. This is brutal.”

Another source, who did not want to be identified, also said that thousands are being let go in a round of layoffs the person called the “largest Citrix has ever had.”

The layoffs include much of Citrix’s commercial sales organisation as well as some channel-facing employees, sources said.

Several CSG employees posted about the layoffs on LinkedIn.

For example, Mark Simmons, lead NetScaler sales engineer at Citrix, wrote: “like so many others at Citrix, I was caught up in today‘s massive restructuring.

"I have been associated with Citrix for the past 22 years, either as a full-time sales engineer or contract master instructor.

"I wouldn’t trade those experiences for anything. Now I‘m looking forward to the next chapter in my career,” Simmons said.

Shawn Hohn, a territory manager for Citrix, also shared that he was one of the employees impacted by the cuts.

“I write this post to share that unfortunately, I have been one of the many impacted by the layoffs at Citrix this morning,” Hohn wrote.

“If you or anyone in your network have any open roles in Account Management or Inside sides, please reach out!

"Thank you in advance for any connections, advice, or opportunities that you can share.”

Citrix employees said on LinkedIn that those laid off from the company also included a networking, application delivery and security specialist for Florida and Georgia commercial field sales; a senior sales engineering manager who’d worked with Citrix for about 15 years; a software engineer; and an enterprise application delivery and security specialist, among others.

Another person familiar with the layoffs said that sales, channel sales engineers and education sales roles were also cut.

Employees of other vendors took to LinkedIn to post about job openings those affected by CSG’s layoffs could pursue, including IGEL, Aisera and Seesy.

The layoffs come as CSG moves to focus directly on its top 1000 enterprise accounts, leaving mid-tier and commercial accounts to be supported and serviced by solution providers, sources familiar with the situation told CRN.

“This [strategic shift] could be really good thing for the channel,” said one of the sources.

“With Citrix focusing on the top 1000 accounts, that leaves the channel with the opportunity to service the remaining accounts.

"This could provide some explosive growth for Citrix service providers.”

That said, it is going to take some time for the aftershocks of the layoffs to wear off within the partner and customer community the source said.

“When there is this big a shakeup, it takes a while for things to shake out,” said the source.

“But anytime you have this much change and transformation, there is an opportunity for the channel to make money.”

The changes come four months after the acquisition of Citrix in September for US$16.5 billion.

In November 2021, two months before Vista and Evergreen unveiled their acquisition plans, Citrix said in a filing with the US Securities and Exchange Commission that its board had approved a restructuring plan that included “the elimination of full-time positions,” with US$65 million to US$90 million earmarked for employee severance agreements.

It’s unclear if Tuesday’s layoffs stem from that pre-acquisition plan.

The source said that the Citrix acquisition and the impending acquisition of VMware by chipmaker Broadcom represent “a major bellwether change” in the VDI market.

The virtual desktop industry has become more competitive for Citrix and VMware as cloud giants such as Amazon Web Services and Microsoft have rolled out similar services and turned to third-party vendors to keep users within the hyperscalers’ environments.

Tibco partners will not be affected by those changes.

“It’s about how do we allow [partners] to do their job faster, easier, simpler,” Fitzsimons told CRN.

“How can we be simpler to work with? More predictable. More profitable.

"And really remove any of the inhibitors—in most cases, artificial inhibitors—that were slowing down the pace of business that we could do with our partners. … We allowed ourselves to become a little bit too complex when it came to our partner program. … That’s feedback that I received from our partners consistently.”

Steven Burke contributed to this story.

Got a news tip for our journalists? Share it with us anonymously here.
Copyright © 2018 The Channel Company, LLC. All rights reserved.
Tags:
businesscitrixcloud software grouptibco
By Wade Tyler Millward
Jan 11 2023
11:31AM