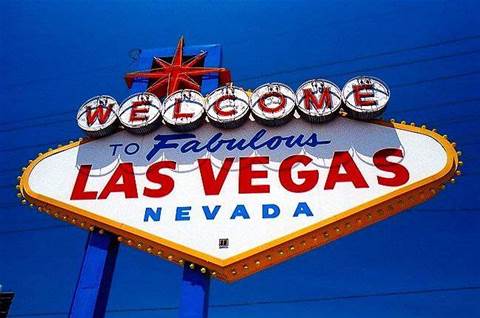 A dual-screen laptop from Lenovo, an HP laptop with updated features for video conferencing and a new Samsung Galaxy priced around US$200 are some of the most exciting laptop and smartphone unveilings at CES 2023.

Showrunners say 174 countries are represented at the event.

New Zealand pricing and availability for the below devices is yet to be confirmed.

The Yoga Book 9i promises more versatility than the traditional clamshell laptop, allowing users the ability to view images across two 13.3-inch 2.8K OLED displays with a five-finger motion and the ability to work on two separate files simultaneously, according to Hong Kong-based Lenovo.

Users can watch video on one screen while taking notes on the second screen simultaneously without interruption, according to Lenovo.

The 9i can switch from laptop to tablet to tent mode, which can allow users to display slide presentations on one screen while controlling the presentation on a second screen.

Presentation hosts can go through their slides on one screen while answering questions on the second screen.

The 9i also has a folio stand, detachable Bluetooth keyboard and stylus.

The phone is powered with the Snapdragon 8+ first generation mobile platform and the ThinkShield security platform and Moto Threat Defense service based on artificial intelligence, according to Lenovo.

The phone has a 6.6-inch display, a 50 megapixel camera and more than 36 hours of battery life, according to Lenovo.

The phone can endure shocks and drops from about 4 feet and can withstand water immersion of about 5 feet for up to 30 minutes.

Among the standout tablets at CES 2023 is the Lenovo Tab Extreme, a 14.5-inch digital notebook with a 3K OLED display and running on the Android 13 operating system.

The Extreme has a 120 hertz refresh rate and MediaTek Dimensity 9000 octa-core processor, according to the company.

Battery life should last up to 12 hours. And the Extreme has a dual-mode stand that magnetically attaches to the device for horizontal and vertical use.

Smart technology ensures that the camera focuses on users during video calls even as they move around, and narrow beaming with four built-in microphones work to filter out extra noise.

A 360-degree voice capture mode can make sure multiple call participants sharing a room are equally heard, according to Lenovo.

Users can work on four applications simultaneously with the split screen feature and open up to 10 applications as floating windows.

Lenovo Freestyle allows users to connect the Extreme with Lenovo Windows PCs for sharing files across devices and mirroring.

HP is set to release its EliteBook 1040 G10 laptops later this year, revealing price information before then.

The business notebooks come with HP Presence for new collaboration and video conferencing capabilities such as multi-camera experience, auto camera select, keystone correction and “be right back” (BRB).

The multi-camera experience includes dual video streams and camera switching so users can show their faces and an object picture in picture or side by side.

Auto camera select recognises which camera users face, and keystone correction automatically crops and flattens images from a camera feed with a single click, according to Palo Alto, Calif.-based HP.

As for the BRB feature – users can change video feeds to a still image without disrupting meetings.

HP announced the Dragonfly Pro Chromebook, a 14-inch device with an 8-megapixel camera.

The clamshell Chromebook is built on Intel Evo with an ultrabright 1,200-nit touchscreen display aimed for improved video calls and streaming, HP said.

Acer has a new Swift Go line of notebooks, with its Swift Go 16 expected to launch in North America in June for US$799.99.

It is powered by 13th generation Intel Core H-series processors and batteries that last more than 9.5 hours, according to Taiwan-based Acer.

Those Intel Core processors also have Intel Movidius VPUs with artificial intelligence (AI) engines for improved video collaboration and integration, according to the company.

The Intel Unison allows for PCs to connect with Android or iOS devices, allowing for easy file transfers, calling, messaging and notification management across multiple systems from one screen.

LG showed off its Gram Style laptops, which have hidden touchpads activated when users touch the haptic rectangle under the keyboard.

Gram Style comes in 16 inches or 14 and has 16:10 OLED displays with anti-glare low reflection.

The 16-inch one has a 120-hertz refresh rate and 13th generation Intel Core processors, according to LG.

It comes with LG Smart Assistant and LG GLance.

Samsung’s latest midrange 5G smartphone is the Galaxy A14, which boasts a multi-day battery, improved quality for selfies and expanded storage.

The A14 guarantees up to two generations of Android operating system upgrades and up to four years of security updates, according to South Korea-based Samsung.

It has a 13-megapixel front camera and triple-lens rear camera.

The phones offer a 90 hertz display, 6.6-inch screen and 128 gigabytes of onboard storage, which can expand to a terabyte with a microSD card.

The improved security and privacy dashboard shows how applications track data and allow for tracking disabling.

And the A14 has an integration with Google Meet for better messaging and video call capabilities.

The phone boasts a 6.6-inch, 90-herz display and a camera that promises enhanced stabilisation, fast focus and high-definition resolution (HDR) even in low light settings.

The camera recognises facial features and can touch up portraits, according to the Chinese manufacturer.

Another standout offering from TCL at CES 2023 is the Nxtpaper 12 Pro tablet, with a 5G version coming later this year for US$549.

The tablet has a 12.2-inch 2K screen with a low latency e-pen for writing and sketching, according to the company.

The tablet weighs less than 680 grams and allows for split screen mode.

TCL’s Nxtpaper 12 Pro can also reverse charge other devices, according to the company.

Got a news tip for our journalists? Share it with us anonymously here.
Copyright © 2018 The Channel Company, LLC. All rights reserved.
Tags:
aceramdgalaxyhpintellenovomotorolasamsungtcltech
By Wade Tyler Millward
Jan 8 2023
9:49AM