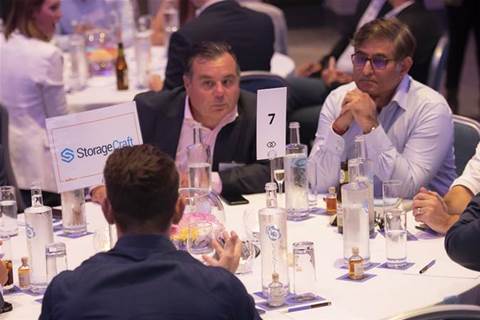 Lynch has been named head of channels and distribution for Australia and New Zealand, replacing Rod Thorne, who was promoted to lead the company in Australia in October last year.

As channel chief, Lynch is tasked to establish new business and go-to-market strategies within Check Point’s local IT channel partners and end-customer organisations.

“This is an exciting time for Check Point as we bolster the commercial leadership team for the Australian and New Zealand region. We are doubling down in our commitment to bringing state-of-the-art cyber security solutions for the ANZ market and reinforcing the role our partners play in our strategy,” Thorne said in a statement.

“Both Leo and John are highly experienced in their fields, bringing years of vendor and partner strategy development and sales management skills to further expand our business locally.”

Leo Lynch joined StorageCraft in 2017 as ANZ director of sales, later promoted to Asia-Pacific director of sales after the vendor merged with Arcserve in 2020. He was named APAC vice president of sales in October 2021.

Prior to that, Lynch was director of channel sales at Huawei Technologies from 2015 to 2017, ANZ sales manager for global business partners at IBM from 2011 to 2015 and various channel roles at Dell EMC from 2008 to 2011.

Lynch also worked at Hewlett-Packard from 1989 to 2008, working in channel roles before leading its ANZ Supplies business in the last six years of his stint.

Marshall meanwhile joined Check Point from Arrow ECS ANZ where he worked for just over10 years. Most recently he served as the distie's ANZ sales director from 2019 to 2022. Prior to that, he was territory sales manager and Queensland/Northern Territory channel manager.

Got a news tip for our journalists? Share it with us anonymously here.
Copyright © CRN Australia. All rights reserved.
Tags:
arcservebusinesscheck pointleo lynchstoragecraft
By Nico Arboleda
Mar 14 2022
2:51PM