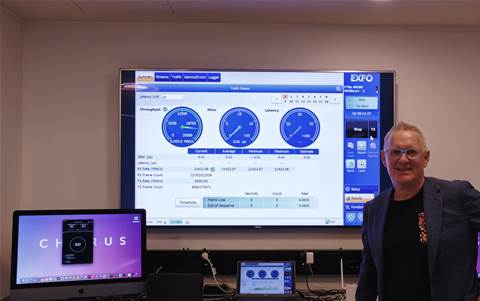 Listed telecommunications wholesaler and infrastructure builder Chorus hs reported revenue of $965 million for its full 2022 financial year, up from $955 million in the previous year.

Chorus also reported increased earnings for the FY22, bringing in $248 miilion compared to $230 million for FY21.

Profit after tax was also up at $64 million from $51 million the year before.

It hopes to reach one million fibre connections by December this year, with the network rollout 98 per cent complete.

Currently, around 70 per cent of subscribers are on 300 megabit per second plans, while 23 per cent of users have opted for the 950/450 Mbps offering and overall fibre uptake in the country has reached 69 per cent.

Due to the high fibre service uptake, Chorus is seeking to withdraw copper broadband with a more production-like process.

Chorus is the largest wholesaler for the private-public partnership Ultrafast Broadband (UFB) project, with almost 70 per cent of the market in New Zealand.

Got a news tip for our journalists? Share it with us anonymously here.
© CRN New Zealand
Tags:
broadbandbusinesschorusfttpufb
By Juha Saarinen
Aug 22 2022
10:25AM