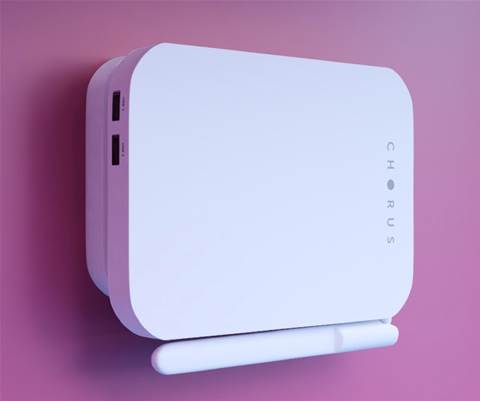 Chorus has developed a new service that uses the fibre to the premises wholesaler's optical network terminals (ONTs) to detect electricity supply disruptions for customers.

When electricity is back, the ONTs can also send a "first breath" to lines companies which gives them a better view, in almost real time, of when outages occur and service restoration takes place, on the low-voltage grid.

Chorus said the service was tested during Cyclone Dovi in February, and reported a short, sustained volume of 300 last gasp alarms per second during the adverse weather event.

The fibre wholesaler's innovation manager Richard Fry said most of the alerts the system picked up, almost 90,000, were for shorter outages of less than thirty minutes.

As Dovi brought high winds and heavy rain to the North Island, many outages lasted longer than eight hours however.

Lines company Electra has trialled the service with Chorus in Kāpiti and Horowhenua to manage its low-voltage power networks.

Chorus has named the service PowerSense, and it will launch later this year.

The New Zealand Electricity Authority has given PowerSense the thumbs-up, saying the service will benefit consumers across New Zealand.

PowerSense has an application programming interface (API) and allows customers on the Chorus fibre network to remove their ONT data.

Some 1.36 million customers nationwide are in Chorus' fibre network coverage currently, with the wholesaler having almost 70 per cent of the Ultrafast Broadband (UFB) market. having been awarded the distribution contracts for 24 areas in the North and South Islands by the Crown Infrastructure Partners government agency.

Got a news tip for our journalists? Share it with us anonymously here.
© CRN New Zealand
Tags:
broadbandchoruselectra networkoptical fibrepowersenseservice providers
By Juha Saarinen
May 24 2022
7:55AM