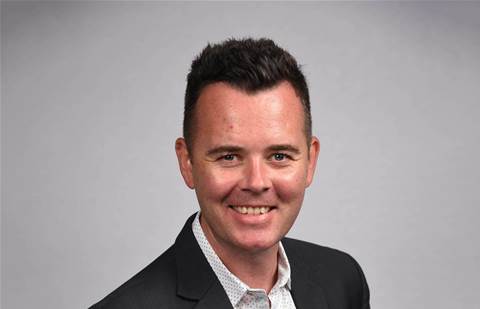 Networking giant Cisco has finally found a new country manager for Aotearoa New Zealand in Garrett Heraty, a Cisco veteran for over 15 years.

Heraty has held roles at the networking giant in the United States, Europe and the Middle East.

In his most recent role at Cisco, Heraty held the post of client executive for Amazon in Seattle and before that he was the company's Microsoft strategic account manager also in Seattle.

Ireland-educated Heraty has been at the forefront of Cisco's transformation towards software and worked on the networking company's largest customer accounts.

“Building on my global experience, I’m honoured to lead the phenomenal Cisco team locally to support our customers and partners to accelerate their recovery from the pandemic, as well as support their long-term success," Heraty said.

“On a personal level, my family and I are thrilled to move to New Zealand and immerse ourselves in the local culture, it’s always been a country that has fascinated me.”

As the New Zealand country manager, Garrett's responsibility is to elevate Cisco's relevance locally, and support the company's technology transformation and its software transition with customers and partners.

He is looking forward to moving to New Zealand with his family, saying it has always been a country that has fascinated him.

Got a news tip for our journalists? Share it with us anonymously here.
© CRN New Zealand
Tags:
amazonbusinessciscodellgarrett heratyleanne buer
By Juha Saarinen
Apr 27 2022
8:08AM