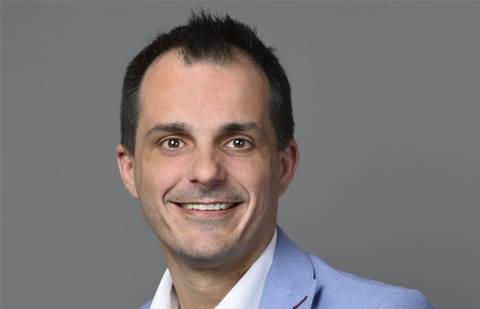 Power left his role as managing director ANZ commercial at Cisco for the position, where he was responsible for the segment leadership of Cisco’s commercial business in Australia and New Zealand for private sector customers.

His previous leadership experience across a career of 20 years includes sales director at McAfee and chief operating officer ANZ at Avaya.

McAfee Enterprise and FireEye renamed their XDR business Trellix, in January this year.

Power announced his move in a LinkedIn post last week stating, “Cisco has been an amazing place to work and a life changing experience that I will never forget. I want to thank all the Cisco customers, partners and distributors that I have formed some life-long friendships with. Thank you for your partnership.”

Thanking colleagues including Jason Brouwers, former managing director of commercial sales, and Ben Dawson, vice president of Australia and New Zealand at Cisco, Power said, “We gave it one hell of a shake and left nothing on the table.

“Pumped and excited for my new journey and adventure starting next week!”

Trellix has declined to comment on the appointment, while Power has not responded to inquiries from Digital Nation Australia.

Anstett’s appointment as global CIO will see her join the executive leadership team, and lead the company’s global information and technology systems organisation.

According to Bryan Palma, CEO of Trellix, “Kim has a proven record of building high-performing IT organisations.

"No doubt she will do the same at Trellix while also serving as our “customer zero” for our market-leading products.”

Anstett’s most recent role was executive vice president and chief technology officer at Iron Mountain, and she was formerly CIO at Nielson.

“My number one priority as CIO is to deliver insights to our business to serve our customers. Second is furthering diversity, equity, inclusion and development for my teams,” said Anstett.

“I am motivated by people, process and technology; and I see a lot of alignment with Trellix’s ethos as a home for soulful work.”

Got a news tip for our journalists? Share it with us anonymously here.
© Digital Nation
Tags:
businessciscofireeyeluke powermcafeesecuritytrellix
By Velvet-Belle Templeman
Sep 6 2022
2:50PM