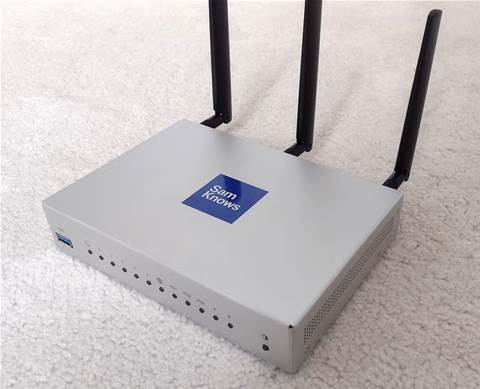 On top of the existing fibre to premises and copper fixed line service and other technologies, the Commission has asked SamKnows to cover providers that offer fixed wireless and satellite service.

The Measuring Broadband New Zealand (MBNZ) programme will cover providers with rural customer bases that do not offer fibre service for the first time.

SamKnows won the contract extension after a competitive tender process that followed a review of the MBNZ programme.

The UK company has partnered with the ComCom since 2018, and the MBNZ programme publishes quarterly reports on New Zealand providers' retail broadband performance.

Performance information for Starlink and 5G fixed-wireless service will be included, the Commision hopes, in the next set of results due out early next year.

As part of the programme extension, telecommunicatioons commissioner Tristan Gilbertson is calling on volunteers to sign up to help gather broadband performance data in New Zealand homes.

"Our existing volunteers are the reason we have been able to help other Kiwis to make informed broadband decisions and create a real incentive for service providers to innovate and compete on performance – not just price," Gilbertson said.

“We are looking for more volunteers, especially those on fixed wireless and satellite, to enable us to accurately measure and report on the performance of these other technologies," he added.

Volunteers will be asked to install a SamKnows Whitebox network monitoring device.

The SamKnows Whitebox 8+ features upgraded aerials for 2.4 and 5 GHz radios, that support up to 802.11ac technology, but not the latest WiFi 6 and WiFi 6E connectvity.

With a dual core 880 MHz processor, 128 MB RAM and 16 MB flash storage, the Whitebox 8+ can measure up to 1 Gbps downstream and upstream traffic, across both the TCP and UDP internet data protocols.

SamKnows has also released the Whitebox 9 which has a 2.5 Gbps Ethernet wired network interface, and a 1.6 GHz processor and 2 GB of RAM, for faster than 1 Gbps broadband connections.

Faster fibre broadband technologies such as Hyperfibre which recently saw substantial wholesale price reductions are not covered by the MBNZ monitoring programme.

Got a news tip for our journalists? Share it with us anonymously here.
© CRN New Zealand
Tags:
5gbroadbandcomcomcommerce commissionhyperfibresamknowsservice providersufb
By Juha Saarinen
Nov 29 2022
6:27AM