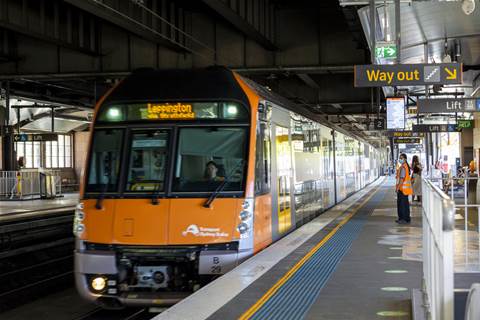 Transport for NSW has selected Datacom as its managed network services provider for at least the next five years under a A$119.4 million contract that will deliver an uplift to its operational environment.

The five-year outsourcing deal, revealed late last month, will see Datacom manage all IT network operations across the agency until May 2027 in place of incumbent provider DXC Technology.

DXC Technology (formerly UXC) has been TfNSW’s primary network services provider for the last 10 years, with UXC – which was acquired by CSC in 2015 – striking the initial contract back in 2012.

Under the agency’s massive next-generation infrastructure services refresh begun in 2015, the company then won a A$113.3 million, five-year contract to consolidate the seven networks used by staff across NSW.

Like other deals with IBM, NEC, Telstra and Optus under the outsourcing shakeup, the original deal has since climbed to A$159.3 million after it was extended for a further three years in 2021.

A spokesperson told iTnews the new contract will deliver an “uplift in service offerings including automation and monitoring toolsets”, resulting in a “high-speed and resilient digital ecosystem”.

“The new contract will allow Transport to capitalise on the substantial advancements seen in the telecommunications services market in recent years and support the delivery of a record A$112.7 billion infrastructure pipeline,” the spokesperson added.

The spokesperson also said the new deal, which create around around 50 local jobs at Datacom, will “provide a more cost-effective service and continue to deliver on customer outcomes”.

As TfNSW transitions from DXC to Datacom, the focus will be on ensuring “operational support and stability is maintained” through “appropriate handover and knowledge transfer”.

Under its former contract, which although slated to run until February 2024 has already expired, DXC was to consolidate seven networks used by TfNSW, bringing all staff “onto a single, fast and modern network”, according to former Transport secretary Tim Reardon.

“Everything we do at TfNSW, from controlling traffic lights and rail signals, developing timetables, maintaining assets and paying suppliers, relies on modern IT systems, so this upgrade means better outcomes for our customers,” Reardon said in 2016.

The spokesperson declined to answer questions on the work, but said: “Thanks to the efforts of DXC, Datacom will be entering a more mature operating environment, which will enable them to deliver further uplifts to our managed network services”.

Of the lucrative deals handed to IBM for data centres, NEC for end user computing and Optus/Telstra for fixed voice and mobile in the the 2015 outsourcing refresh, NEC's appears to have grown the largest, climbing from A$134.3 million to A$341 million.

Got a news tip for our journalists? Share it with us anonymously here.
Copyright © iTnews.com.au . All rights reserved.
Tags:
businessdatacomgovernmentit solutionsnetworkingnew south walestfnsw
By Justin Hendry
Jul 15 2022
9:22AM