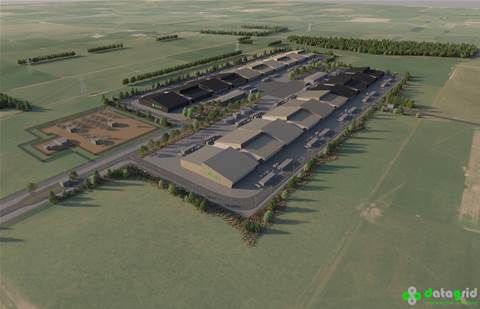 Datagrid New Zealand has received the go-ahead from the Overseas Investment Office to acquire 43 hectares of land in Southland as the next big step in a $1 billion hyperscale data centre build project.

Based in Makarewa, north of the South Island’s Invercargill, the first phase of construction is expected to begin later this year on what could be the biggest data centre in Aotearoa.

“The 43 hectares of land is big enough to build up to 15 modules of 10 MW / 6,500 m2 each, meaning a total potential capacity of 150 MW," Datagrid founder and chairman Rémi Galasso told CRN.

By comparison, the largest data centres in the country currently come in under 20MW. While this may seem like a large jump, just last year US-based data centre giant NextDC announced a 300MW facility in Sydney, Australia.

Datagrid, also the name of the data centre, was originally announced in December of 2020 and stems from more than a decade of discussion around taking advantage of the natural benefits the Southland region offers for data centres, Galasso said.

“The two main advantages of the Southland region for data centres are obviously its resource of renewable energy and its pretty cool temperatures with an annual average of 9.8 degrees.”

“We can achieve it thanks to the abundance of hydropower in NZ’s South Island. Data centre users are keener and keener to select zero-emission data storage solutions, so we think there is significant business potential,” Galasso explained.

He said that while these advantages have long been known, “the missing part has always been the lack of international connectivity”, which “can be solved with international fibre optic submarine cables”.

“Let me tell you Invercargill is not at the end of the world, it’s actually perfectly well located to become a strategic gateway between South East Asia and South America,” Galasso asserted.

The build will be inspired by the Arctic countries’ approach, where hyperscale data centres powered by hydroelectricity, use natural cooling, and serve European markets via subsea cables.

He added that the site was selected after due diligence with partner Aecom, an infrastructure consulting firm, due to its low risk of flood and earthquakes, as well as its proximity to the powergrid.

“Datagrid land meets Tier 4 classification criteria, the best possible ranking in terms of security for a data centre,” he said.

He also believes that Datagrid may reverse the dynamic of Aotearoa New Zealand importing data from Australia.

“Thanks to a 25 millisecond latency between Invercargill and both Melbourne and Sydney, we think our solution will be attractive to the Australian users,” he said.

“I won’t be surprised to see a kind of reverse situation in the near future: New Zealand will export data to Australia and even farther. So I guess, in a sense, data storage is probably the best way for NZ to export its renewable energy.”