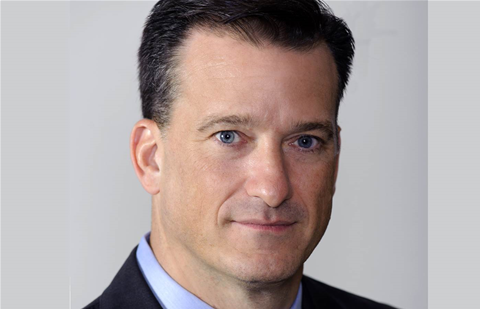 “I’m a little nervous, I’ve got to be honest,” said Fred Voccola, he chief executive of Kaseya and Datto.

“Usually I don’t get nervous and I’m a little nervous today. I never thought I’d have the opportunity to present to this group as the CEO of Datto.”

For the first time in three years, due to the pandemic, DattoCon was held in person in Washington, DC as a newly acquired company: Datto, a Kaseya company.

In April Kaseya announced it would buy rival vendor Datto, headquartered in Norwalk, Conn., for US$6.2 billion.

The deal closed in June with Voccola promising to invest in Datto products and to meet the needs of both Datto and Kaseya partners to help them grow.

“DattoCon has always been a place for innovation,” he said at the show, which brought in more than 2,000 attendees. “It’s always been the industry event.”

“These are super, super amazing offerings that will allow every MSP in this room to amplify their security posture and spend less money, because we charge a third to one-half as much as what other individual providers do,” he said.

He also announced that in February 2023 Kaseya is going to launch a co-managed marketplace.

“That’s a way that we can help our partners become more successful by taking advantage of your next growth area for excellence.”

During his keynote speech, Voccola touched on a variety of topics such as investment in Datto products, the SMB space, technology efficiency and MSP competition, but he reiterated that nothing will be perfect and there will be bumps in the road.

"I stay up all night trying to make sure that we don’t, but we’re going to make mistakes."

"But I think we’re going to do more things right than we do wrong.”

Read Voccola's keynote in full below.

One of the theses of this acquisition is investment.

We didn’t buy Datto to create value by cutting costs. Our investment thesis is one of growth.

January 1 of this year, there were 826 bodies in software development.

This is assuming an economic slowdown.

This is not something we’re going to backtrack on if the global economy slowed down.

Another thing is Datto makes us more commercially integrated.

We are going to commercially integrate all of the Datto kit by the end of February of next year.

That’s one invoice, one bill, one portal, one billing system.

We are lowering our prices on average 15 per cent.

All new purchases are being reduced by 15 per cent.

A question I get asked a lot is Kaseya going to force a change of commercial terms?

Kaseya offers the most attractive prices to our MSP partners for longer-term commitments.

We are not eliminating any business models.

We’re not forcing three, five, seven year contracts on anything.

We will continue the existing business models and we are offering enhanced savings for longer-term commitments to all of our partners.

As a company we recognize everything that we do, every benefit we have, every dollar every employee makes… everything we have is because of you [partners].

Our company exists for one reason, to serve the MSP community.

We are now the largest MSP-dedicated software facing company on the planet.

Kaseya Datto only succeeds when you succeed. I

want to make sure I talked about that in front of this group at DattoCon.

With the Datto acquisition, the combined company is making a US$14 billion investment in the MSP community.

Small-to-midsize businesses around the world are spending a ton more on technology, they will be for the next decade.

MSPs deliver all of that technology.

We want to deliver the best platform for MSPs to be successful.

We need to make huge investments to do that.

What we’re seeing and what we’re projected to see is that small-to-midsize businesses are spending, and increasing their spending, in technology at a rate of about four times global GDP (gross domestic product) growth.

Small-to-midsize businesses make up the vast majority of economic growth.

It’s expected to grow over the next four years.

Small-to-midsize businesses are exponentially more important now than they were a decade ago.

Consistently over the last seven years, what we’ve seen is small-to-midsized businesses are more often than not looking at their next dollar of spend as being towards a technology initiative.

More than 85 per cent of small businesses are claiming to be in the process or are already digitally transformed, and the rate is increasing.

In the last seven years about 250 per cent more is what’s required to deliver a proper IT security experience.

The market is huge, SMBs are the largest sector of the economy.

They’re halfway through digitally transforming, maybe a third of the way through.

There’s a lot of room to run.

The explosion of co-managed environments is in a very, very early stage.

[End customers] have small internal IT departments that are facing a lot of the challenges that [MSPs] face: limited budgets, overworked, IT security.

It doubles the available market for MSPs.

‘The MSP sector is white hot’ despite economic headwinds

A lot of us are a little concerned about the macro-economic climate. Historically, technology has weathered economic downturns better than every other sector of the economy.

You can argue that we’re kind of built for it.

We make organisations more efficient and we help them find markets and cut costs and do things different.

Customers feel the same way because they’re looking at reducing their technology spend at a lower rate than the others when asked about cost cutting measures and economic uncertainty.

The MSP sector is white hot.

There’s a lot more competition for MSPs than there was seven years ago.

One way that manifests itself is about 50 or 60 per cent of renewals that MSPs are handling with customers are competitive.

Your customers are talking shop and looking at other providers.

Five or six years ago, that was an anomaly. And that’s a sign of more competition, more people are aware.

Seven years ago about one-fifth of MSPs had dedicated resources for sales and marketing. Now, almost two thirds of them do.

That’s the difference between having someone who works on the business full time versus someone who in between service calls will make a prospect call.

Everyone, including Kaseya, including Datto, all of us are experiencing labour costs rising.

It’s not just the inflation environment that we have both in the European Union as well as here in North America, but there’s not enough technicians out there.

Inflation is around 19 per cent in the UK, with IT inflation at almost 35 per cent, so this is going to be something that sticks with us for a while.

When inflation comes down overall in the Western world, the costs of technician labour are still going to be much higher.

That problem is not going to go away.

Over the last five or six years, the number of things that MSPs have to do for their standard services has almost doubled.

If you go back five or six years ago, the security threat landscape was very different.

Today there are threat actors that you must protect your customers from that didn’t even exist five or six years ago.

And you have to do it.

Unfortunately you’re not always getting paid more to do it, but it has to be done.

There’s about 17 pieces of software kit, different functionalities, that are used by MSPs today to deliver services versus about eight in 2015.

The multifunctional technician is what the vast majority of technicians in the MSP space are and this is the root cause of the challenges that most MSPs face in terms of service delivery and profit margins.

Usually, the more you throw bodies at a problem like that, 25 technicians can deliver a better service than 15.

The problem is you have the extra 10 technicians.

You might be out of business because now you’re paying more for labour than you are to run the business.

About 20 per cent of an MSP’s recurring revenue is what they spend on software.

A little more than eight out of 10 MSPs are cost constrained.

That cost constraint prohibits them from doing things for the betterment of their customers.

There’s about 40 different functions of IT, and most of those functions are delivered.

Most of those services use technologies from different vendors.

The technician is required to bounce around all of these and traverse between all of these different technologies, interfaces and business processes in order to deliver the service.

It comes with a lot of lost time and efficiency just logging into different applications, looking at passwords and so many little basic things.

The phrase that we like to talk about is death by a thousand paper cuts, and that’s what happens.

There might be one manual process that’s done 42 times a day, that takes 10 seconds.

Our data tells us up to 50 per cent of the engineers time is doing things that should be automated.

Got a news tip for our journalists? Share it with us anonymously here.
Copyright © 2018 The Channel Company, LLC. All rights reserved.
Tags:
businessdattofred voccolakaseyamspssecurity
By C.J. Fairfield
Sep 14 2022
8:47AM