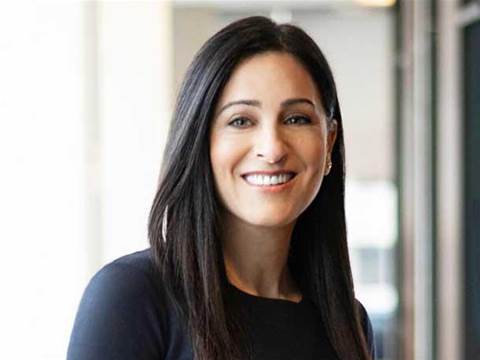 Dell’s order revenue from partners dipped 10 per cent last quarter on “a tough comparison” to a year ago when the technology titan was at the midpoint of a record year.

Dell Technologies channel chief, Rola Dagher, called the decline a “normalisation” that could be expected after the 45 per cent growth in sales through the channel that Dell experienced a year ago this quarter.

“We’re coming into this with extremely high year-over-year compares. So we did see the order revenue through the channel decrease."

But again, it’s not a surprise, because we crushed it for so many quarters. So we’re coming up to a tough comparison,” Dagher told CRN.

“In the channel, we saw many of the same trends, as the company overall.”

Storage through the channel grew one per cent in an “extremely competitive” environment.

She said while Dell continues to be in the number one position across the storage category.

Client-side PC sales through the channel dropped 28 per cent this quarter coming off last year’s 84 per cent growth in the same quarter.

“No surprises seeing the numbers being normalized,” Dagher said of the drop in PCs.

Overall, Dell Technologies posted record earnings for its second quarter with US$26.4 billion in revenue up 9 per cent from a year earlier.

However, CFO Tom Sweet told investors last month the company expects to see server demand slow in the coming weeks, based on data Dell is seeing throughout its market.

“As a reminder, since we have the largest direct selling organization of all of the technology companies, we feel like we have a pretty good pulse on current demand and environment.

And we’re just seeing more cautiousness on behalf of the customers as they’re sorting through spend,” he said during the call.

“In spite of some of the dynamic changes in the macro demand environment and what we’re seeing here in the second half of the year, our partners are really rising to the occasion and serving a lot of the needs of their customers,” she said.

Dell’s rebate payouts – the money it returns to partners — grew 21 per cent this quarter year over year.

“We’re extremely grateful to have the industry’s best partner ecosystem."

"They are our oxygen.”

For the second half of the year, Dagher said the company intends to stay focused on strategic customer priorities.

“How do we continue to grow and modernize the core business,” Dagher said.

“How do we continue to stay maniacally focused on building the new market opportunities.”

Got a news tip for our journalists? Share it with us anonymously here.
Copyright © 2018 The Channel Company, LLC. All rights reserved.
Tags:
businesschanneldell
By O’Ryan Johnson
Staff Writers
Sep 15 2022
1:14PM