Delving into the details of the Datto, Kaseya deal 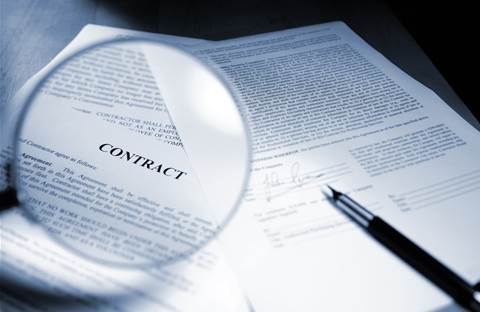 Datto went public in October 2020 with the stock ticker symbol “MSP” to represent its target market. Almost 90 percent of the company is owned by institutional investors, with one company accounting for a 70 percent stake. To acquire Datto, Kaseya is going to have to depend on multiple investors and financial institutions to get the kind of funding it needs to acquire its larger rival.

To understand the funding, CRN US dug into Datto’s SEC Form 8-K, which was filed on April 13. The filing details where Kaseya is getting the funding, under what circumstances the acquisition deal could potentially get called off, and the termination fees both companies might face if the deal does not close as planned.

Kaseya has a chance to change the dynamics of the MSP business by building what would become the largest MSP platform developer if it closes its Datto acquisition. Here are some of the details surrounding the deal.

Datto, in its SEC filing, said that 164.7 million shares of the company’s common stock were outstanding. According to MarketWatch, 89.97 percent of those shares are owned by a total of 132 institutional investors of which 14 sold out of their positions as of Dec. 31.

The biggest shareholder by far, and the company that is set to reap the lion’s share of benefits from the sale of Datto, is Vista Equity Partners Management, which owns just shy of 70 percent of the company. Vista in late 2017 acquired Datto and merged it with Autotask to turn Datto into an MSP-focused platform developer.

Kaseya relying on a number of investors

To make the acquisition work, Kaseya will be relying on equity sale and debt financing commitments from a number of investors, according to the SEC filing, including:

Kaseya and Datto have agreed to an “outside date” of Nov. 11, 2022, at which time the merger agreement between the two will expire if it has not yet been closed. However, the two can agree to an extension until April 11, 2023. The agreement is also terminated if Datto’s stockholders do not provide written consent for the agreement. Datto can also terminate the merger agreement if another potential acquiring company enters into a definitive agreement to acquire Datto at terms more favourable than Kaseya’s current offer.

Datto will be on the hook for a termination fee of US$185,665,475 payable to Kaseya if Datto breaks the terms of the agreement and within a year enters into an agreement to be acquired by another company, or if Kaseya ends the agreement because Datto’s board of directors changes its recommendation to be acquired.

Datto has agreed to not discuss potential acquisitions by any other company than Kaseya.

“From 11:59 p.m., Eastern Time, on April 11, 2022, until the Effective Time [when the deal closes], [Datto] agrees not to solicit or engage in discussions or negotiations regarding any alternative business combination transaction,” Datto wrote in the SEC filing.

Got a news tip for our journalists? Share it with us anonymously here.
Copyright © 2018 The Channel Company, LLC. All rights reserved.
Tags:
acquisitionbusinessdattokaseya
By Joseph F. Kovar
Apr 20 2022
8:50AM