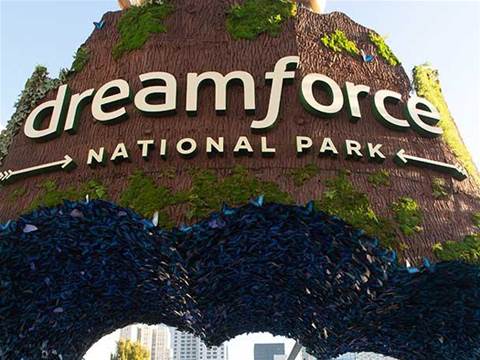 Salesforce’s Genie customer data platform, a preview of a canvas feature in Slack and an open beta of the rebuilt, more modular Slack are among the biggest announcements at Salesforce’s Dreamforce 2022 conference.

Held in person and online Tuesday to Thursday in San Francisco, where Salesforce is based, the conference updates Salesforce users and partners on the latest product updates and allows executives to preview where the company is headed.

The announcements show how the sales and marketing software vendor continues to integrate Slack – bought last year for US$27.7 billion – into the rest of its portfolio, which includes integration vendor MuleSoft and data analytics vendor Tableau.

In a recent interview with CRN US, Atrium CEO Chris Heineken said that data visualiation has been a starting conversation that leads into more sales around predictive analytics, data infrastructure and data strategy.

Heineken praised Salesforce’s partner organisation – which now includes Hasslacher and his team of about 20.

Read more about the biggest announcements from Salesforce and Slack at Dreamforce 2022.

Genie, which runs on the Hyperforce Salesforce public cloud infrastructure, aims to ingest and store real-time data streams at a massive scale and unite them with transactional data. The platform can bring data from mobile, web, application programming interfaces (APIs), legacy data using Salesforce subsidiary MuleSoft, historical data from proprietary data lakes and other means, according to Salesforce.

The platform makes a unified customer profile record called a graph and allows actions on the graph across Customer 360, including in industry services, AppExchange and custom applications.

Although announced before Dreamforce 2022, one of the biggest announcements for partners was the earliest industry-focused Slack services Salesforce partners are bringing to market.

The partners include Accenture, Atrium, Capgemini, Deloitte, IBM, KPMG, NeuraFlash, PwC, Silverline and Slalom, according to Slack. Their industry-focused services are meant to appeal to financial services, manufacturing, communications, retail, media, technology and other verticals.

As an example of the industry-focused Slack services, Bozeman, Mont.-based Atrium has a joint Tableau-Slack offering aimed at wealth and asset management firms, where coworkers can share account data and insights using Slack. Tableau is another Salesforce subsidiary, along with integration vendor MuleSoft.

Slack channel chief Richard Hasslacher told CRN US in a recent interview that “over the next 18 months every SI (systems integrator) and ISV (independent software vendor) solution will have Slack as a part of it.”

“That’s the way the market is going, whether it’s Slack or something like Slack, this is the future of how customers want to and need to engage with technology and also enable that digital-first style of working,” he said.

Coming next year is Slack canvas, a new surface for Slack customers, where employees can curate, organise and share resources, according to Salesforce. For now, canvas is in preview.

The goal with Slack canvases is to provide employees a single spot for status updates and finding information, according to the company. Employees can use canvas to find handbook information and customer account information, among other use cases.

Canvas can show previews to user-shared images, text and videos, according to the company. Users can even play video in canvas without leaving Slack. Users can embed workflows and update information immediately, with the information appearing in other Salesforce products. They can also pull information into canvas.

Any integration built with Slack that unfurls in a message is generally available with canvas, according to the company.

An enhanced version of Slack’s huddle feature – which allows workers to communicate to each other through video, audio and multi-person screen sharing – started rolling out during Dreamforce.

The enhanced version of huddles will become generally available “in the coming weeks,” according to Salesforce.

Huddles can accommodate up to 50 participants on a paid plan, two participants on a free plan, according to Slack. They are available in the Slack desktop and mobile app plus on the Chrome and Firefox browsers.

During Dreamforce 2022, Salesforce announced that a re-engineered Slack platform is generally available to developers in open beta.

Slack was rebuilt with a modular architecture to help with building on top of the collaboration application. The app has a new command-line interface (CLI) and software development kit (SDK), a link trigger feature to share workflows from anywhere in Slack.

The new CLI includes a library of open source templates, socket mode local development and an easier way to store and manage data.

The open beta supports Slack’s Bolt framework so that developers can use on-premises-friendly features and more-familiar SDKs.

And developers can save time by building automations for closing deals, launching campaigns and other uses, according to Salesforce.

Next year, Salesforce will release a way to embed workflows in a Slack canvas.

While the platform is GA, some features will come at an additional cost while others are part of existing subscription plans, according to Salesforce. The company did not elaborate on which features are paid or part of existing plans.

Salesforce introduced a Net Zero Marketplace during Dreamforce 2022, with availability in the United States planned for October. Other countries will receive marketplace access in 2023.

The marketplace sells carbon credits for companies that have made net zero commitments. It offers third-party rated carbon credits and a simple ecommerce portal for buying them, according to Salesforce.

At launch, the marketplace has more than 70 projects across 11 countries available, with descriptions and official third-party ratings. Not all of the projects are rated, according to Salesforce. Credits also integrate with Salesforce carbon accounting service Net Zero Cloud.

Although it was announced just before Dreamforce 2022, an update that may appeal to hiring managers is the “hire me” button for Trailblazer.me profiles.

The button will launch in winter worldwide, except in India, according to Salesforce.

Got a news tip for our journalists? Share it with us anonymously here.
Copyright © 2018 The Channel Company, LLC. All rights reserved.
Tags:
businessdreamforcedreamforce 2022salesforceslack
By Wade Tyler Millward
Sep 21 2022
10:35AM