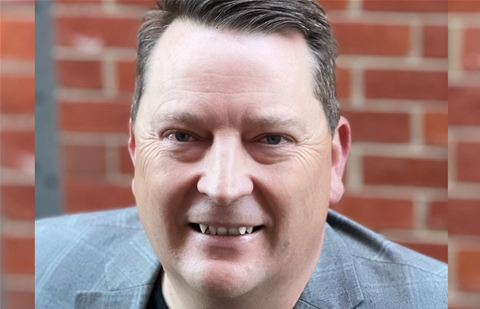 Work to improve the energy efficiency of IT networks is “low hanging fruit” for Cisco partners, according to the company’s ANZ channel chief Rodney Hamill.

With Cisco and other networking vendors continuing to talk up the energy efficiency of their products and the importance of environmentally sustainable business – topics that will be on the agenda at the upcoming Cisco Live conference in Melbourne from December 6-9 – CRN Australia asked Hamill about the implications for Cisco partners.

Hamill said he saw an opportunity for “a lot of our partners to really go out and have a look at [whether customers are] running efficient hardware.”

“If you’re not investing in your hardware platforms to drive down the cost of your power consumption, and then matching that back to smart analytics you get from the network that will optimise that, then you're not going to be able to achieve the goals you want for reducing co2 emissions,” he argued.

“What you're running from 10 years ago is probably consuming double the amount of power [compared to] something that was designed today,” he claimed.

For the big end of town, Cisco markets the energy efficiency of its Silicon One G100 chip-equipped 8100 Series switch for hyperscale data centres and enterprises.

But the power usage of network equipment is also relevant “all the way down through to an SMB who's running a couple of switches and access points in the cupboard,” in Hamill’s view.

He talked up Cisco’s engineering of “smarter use of energy” across its portfolio as a differentiator.

“We’ve done a lot of investment in our own silicon to really help drive this at scale."

"Coupling that with all the analytics you can get from the network around consumption in your entire campus, for example, and optimising all that – it's quite powerful” he claimed.

Some of these technologies will be covered in a session titled “How Cisco Solutions Can Help Your Journey to Net Zero” at Cisco Live in Melbourne.

The session will cover “how hybrid work has accelerated the need for Cisco Digital Buildings, designed with universal power over ethernet (UPOE), distributed energy systems and intelligent workspaces”, and how its “innovations will enable DC Microgrid to achieve grid independence”.

The session will also look at the energy efficiency of Cisco’s Silicon One single chip architecture and “lowering the carbon footprint from the data centre to the campus”.

Other topics at Cisco Live in Melbourne will include the Cisco X-Series modular platform, which Cisco claims provides “power and cooling efficiencies” and “reduces wasteful components”.

Other networking vendors continue to trumpet the energy efficiency of their products.

Juniper, for example, claims advances in the design of its Trio and Express Silicon custom chipset families, which drive its flagship MX and PTX families for hyperscale customers, have reduced the “watts-to-gigabit ratio” by more than  96 percent in the past decade.

On the recent announcement that Teams will run natively on Cisco Room and Desk devices in 2023,

Hamill said it provides another way for “our partners to get out there and really help build environments for our customers to attract workers back to the office.”

“We had open standards in these endpoints for a long time."

"So, I could run Teams on my Desk Pro, for example. It all worked, no problem, and the clients were built in there."

"But it wasn't the same slick experience you got using WebEx."

"We're making sure that same slick experience you get from using our endpoints now, is going to be the same as on Teams,” Hamill said.

Ensuring offices are “up there” in terms of technology and experience will help organisations entice staff members back to those workplaces, Hamill argued.

“People don't want to go back to the office because they become accustomed to the niceties of working from home,” he said.

“We've seen that not just from things like collab, but also things like WiFi 6 and rolling out a better user experience in the branch.”

Using networks to monitor room occupancy and WebEx usage are other ways organisations can use networking technology try to improve hybrid working.

“You don't want to end up with this kind of two tier user experience, with someone at home getting a lesser experience than being in the office and visa versa,” Hamill said.

“If rooms are not being utilised by people, the question is probably why."

"So, bringing out some of the analytics, configuration and design options for rooms, blueprints to build out best experience collaboration rooms, how to use the occupancy rates, interpret the data – I feel a lot of that is quite powerful for our partners to work with their customers on making sure they can get the best out of their investments.”

“Things like SDWAN and SASE type offers, managed Meraki type offers…For example, if a managed service provider wants to build up a Meraki offer, they might want to offer a Meraki, SDWAN, security and WiFi offer in the mid-market, for example."

"We will work with them to help them build that offer out in terms of what it should look like, commercial pricing, making sure we've got the right enablement in it for them, making sure that our teams know about their offers,” he said.

“As customers start to look for more outcomes-based type stuff, we think that managed service providers are a good route for us, a good market for us to invest in,” Hamill said.

Cisco also has a “very big” push in software and has invested in its local team to drive enterprise agreements and software buying programs.

CX and lifecycle is also on the agenda.

“So, really working alongside our partners and seeing the adoption of the software and enterprise agreements really ramp up and make sure the customer experience is really good,” Hamill said.

Cisco is also looking at new routes to market through the like of AWS and Azure.

“Take Amazon, for example. How do we work with AWS, both in a CPP offer - a partner private offer, running through partners – as well as a co-sale motion with AWS,” Hamill said.

“That's in its infancy stage for us. We've got a lot of offers running in marketplace – you can go into marketplace and you can buy Cisco firewalls and virtual routers and Duo and a whole bunch of things.

How do we really drive that co-sale motion with the cloud providers so the customers are getting a complete outcome and we're aligned on both sides of the strategy.”

“We've had some good work done already in some big enterprise accounts, but how do we scale it?

That's a new route we're also exploring, in terms of working with our partners and onboarding some of that activity.”