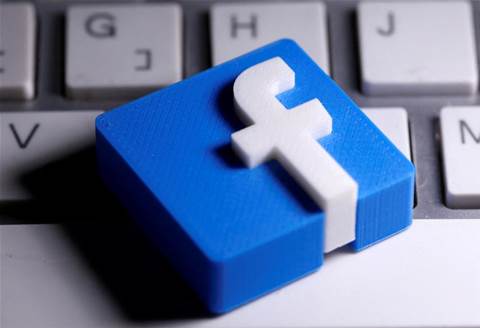 The forecast knocked about US$40 billion off its stock market value in extended trade.

On top of the disappointing outlook, Meta is grappling with slowing global economic growth, competition from TikTok, concerns about massive spending on the Metaverse and the ever-present threat of regulation.

Meta expects in 2023 to employ about the same number of employees as it did at the end of September.

The parent company of Facebook and Instagram beat estimates for quarterly revenue, which fell 4 per cent to US$27.7 billion in the third quarter ended September 30, from US$29 billion last year.

That deepened a revenue decline begun the previous quarter, when the company posted a first-ever revenue drop of 0.9 per cent, but was less steep than the 5.6 per cent decline Wall Street had expected, according to IBES data from Refinitiv.

It also posted user growth figures roughly in line with expectations, including a year-over-year increase of monthly active users on flagship app Facebook. 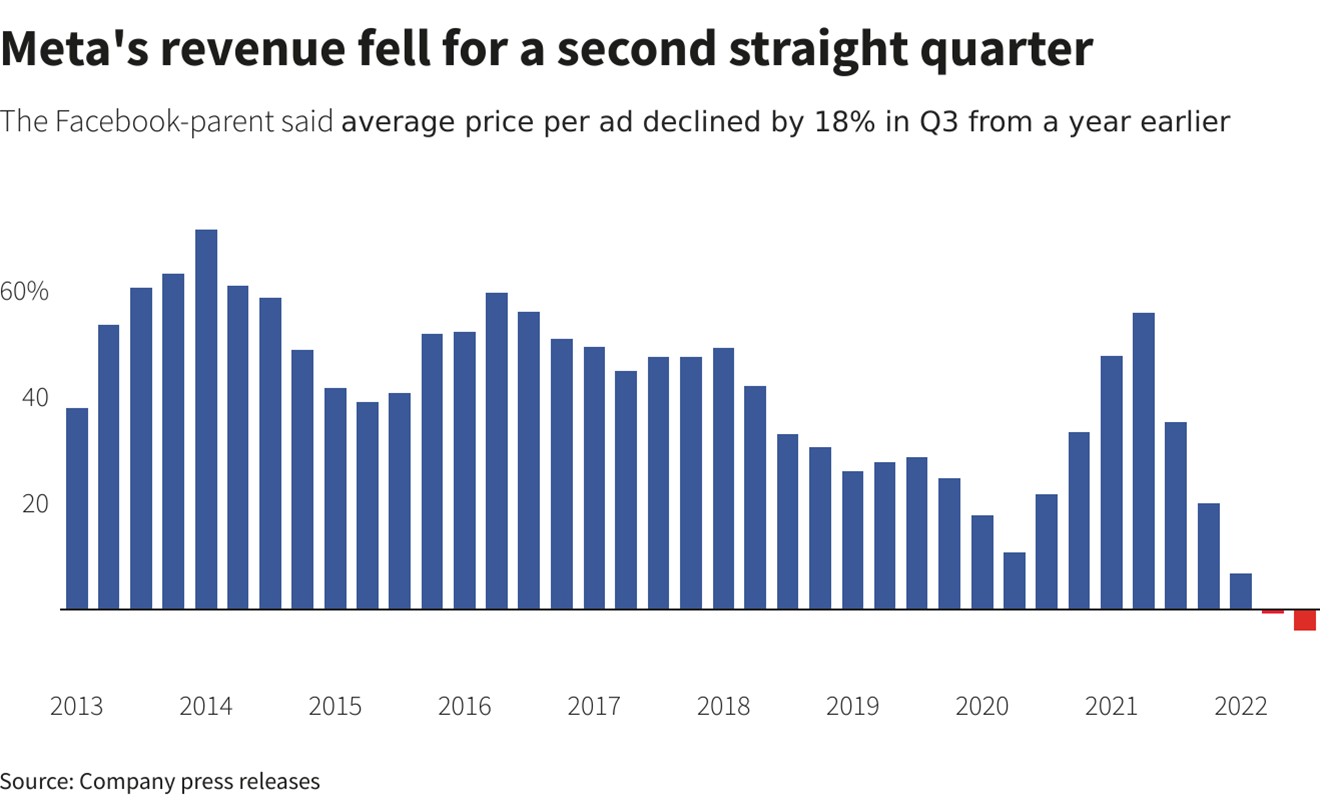 More troubling was the company's estimate that fourth-quarter revenue would be in the range of US$30 billion to US$32.5 billion, under analysts' estimates of US$32.2 billion, according to the Refinitiv data.

That includes an estimated US$2.9 billion in charges in 2022 and 2023 related to "consolidating our office facilities footprint."

Total costs for the third quarter came in above estimates at US$22.1 billion, compared with US$18.6 billion the year prior. Analysts had forecast around US$20.6 billion.

"The worry for Meta is that this pain is likely to continue into 2023 as cost headwinds remain a real challenge and the strong dollar impacts on overseas earnings," said Ben Barringer, equity research analyst at Quilter Cheviot.

"Given revenues were down at a time when costs have grown significantly, modest user growth and impressions simply isn't going to bail you out."

Analysts had expected a profit of US$1.86 per share.