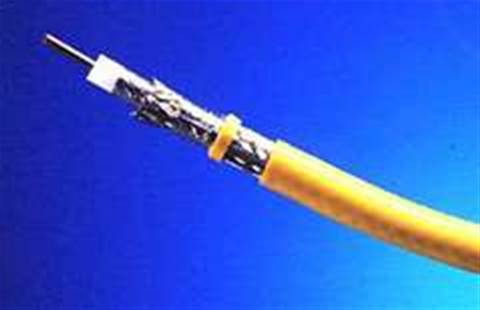 The Commerce Commission will appeal the largest-ever fine under the Fair Trading Act (FTA), imposed on Vodafone New Zealand for misleading customers that the telco's FibreX broadband service was fibre-to-the-home, the regulator said.

Having found that Vodafone NZ breached section 11 of the FTA, the Auckland District Court sentenced Vodafone to pay a $2.25 million fine.

The Commission had sought a $5.8 million fine however, and argues that the lower amount is "manifestly inadequate" as Vodafone's conduct was wilful rather than grossly careless.

In a statement, Vodafone NZ said it was very disappointed with the FibreX judgement, and intended to appeal both the conviction and the fine.

"While we would rather be focusing on providing great service to current and future HFC customers and inviting customers to decide for themselves about the performance of this product, the Commission has advised us that it will appeal the fine handed down," Vodafone spokesperson Rich Llewellyn said.

"Accordingly, we must respond and will be appealing both the conviction and the fine.

Our appeal will set out our strong belief that there are several errors with the original conviction decision and that there are aspects of the FibreX judgment that simply misunderstand the services we sell and are not in the best interests of consumers or future competition," Llewellyn added.

Now called HFC Broadband, the broadband service is available in Wellington, the Kapiti Coast and Christchurch.

Bought by Vodafone NZ as part of its merger with TelstraClear in 2012, the HFC network reaches hundreds of thousands of households which were targeted by the telco's FibreX campaign between 2018 and 2018.

The telco says it has spent over $25 million on improvements to its HFC network and lets customers access "a fantastic service at an excellent price point" as the broadband supply is not subject to increased third-party cost inputs like the regulated UFB connections.

Vodafone NZ has a history of getting into trouble with the regulator for its marketing, with the telco receiving several warnings and fines since 2011 for false representations and misleading conduct, the Commision pointed out in its advisory.

Got a news tip for our journalists? Share it with us anonymously here.
© CRN New Zealand
Tags:
broadbandcommerce commissionfibrexftthfttphfcregulationservice providerstelcoufbvodafone
By Juha Saarinen
May 18 2022
9:06AM