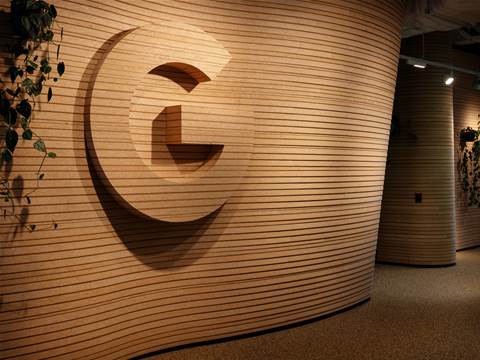 Google Cloud is opening the floodgates for new cloud computing opportunities and service sales for global channel partners with the unveiling of three brand-new cloud regions opening in Asia-Pacific.

New Zealand will get a Cloud Region, believed to be co-located at a data centre facility in Albany.

On top of New Zealand, Google Cloud will build and equip new data centres in Malaysia, and Thailand.

This will mark the company’s first cloud region in each country to provide local customers with the infrastructure to empower their cloud services.

“When they launch, these new regions will join our 34 cloud regions currently in operation around the world—11 of which are located in Asia-Pacific—delivering high-performance services running on the cleanest cloud in the industry,” Karan Bajwa, vice president of Asia-Pacific for Google Cloud, said.

Google has been investing billions each year in constructing new data centres to power its vast portfolio of cloud services both domestically and internationally.

“To meet growing demand for cloud services in Asia-Pacific, we are excited to announce our plans to bring three new Google Cloud regions to Malaysia, Thailand and New Zealand—on top of six other regions that we previously announced are coming to Berlin, Dammam, Doha, Mexico, Tel Aviv and Turin,” said Bajwa.

Google did not provide a time frame as to when the three new cloud regions in Malaysia, Thailand and New Zealand will become operational.

“Enterprises across industries, startups and public sector organizations across Asia-Pacific will benefit from key controls that enable them to maintain low latency and the highest security, data residency and compliance standards, including specific data storage requirements,” Bajwa said.

As of the second quarter, AWS owns approximately 34 per cent of the global cloud market share, followed by Microsoft at 21 per cent, then Google at 10 per cent, according to IT market research firm Synergy Research Group.

Amazon, Google and Microsoft are also the largest spenders on building new data centres, with billions in investment each quarter.

Google Cloud has been growing sales at a ferocious pace over the past several years.

In 2018, Google Cloud was generating US$5.8 billion in annual sales.

Google Cloud now generates that much in a quarter, reporting US$5.8 billion in first-quarter 2022 sales, representing a 220 per cent increase compared with its first-quarter 2019.

With a record-breaking US$6.3 billion in revenue in its most recent second -quarter 2022, Google Cloud’s annualized run rate now surpasses US$25 billion.

This year, Google CEO Sundar Pichai unveiled plans to invest US$9.5 billion in data centres and US offices in 2022.

“Our investments in data centres will continue to power the digital tools and services that help people and businesses thrive,”  Pichai said earlier in April.

“We continue to invest in expanding connectivity throughout the [Asia-Pacific] region by working with partners in the telecommunications industry to establish subsea cables—including Apricot, Echo, JGA South, Indigo and Topaz—and points of presence in major cities.”

Google now has a global network of 34 regions and 103 availability zones, brining Google Cloud services to users in over 200 countries and territories worldwide.

Got a news tip for our journalists? Share it with us anonymously here.
Copyright © 2018 The Channel Company, LLC. All rights reserved.
Tags:
apricotbusinesscloudcomputeechogoogleindigojga southnew zealandtopaz
By Mark Haranas
Staff Writers
Aug 10 2022
8:54AM