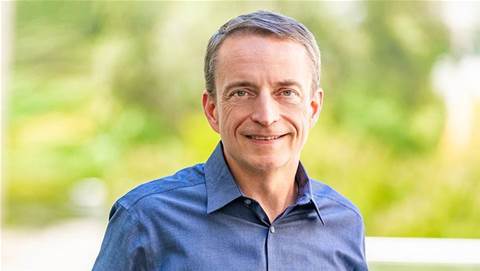 Pat Gelsinger, the former VMware chief exceutive, gave a conditional thumbs up to the cloud and virtualisation company’s potential merger with Broadcom, saying he hopes the deal will make it a more “compelling, innovative growth story.”

However, “if it does not, then it’s not good,” Gelsinger added.

According to several published reports, Broadcom is in talks to buy VMware, the latest in a string of software acquisitions for a company that made its early money in semiconductor chips and hardware.

Gelsinger who now helms chip giant Intel was speaking in Davos, Switzerland to Bloomberg TV when he was asked about the deal.

“I’m sort of mixed on the current thinking,” Gelsinger, a former engineer who rose through the ranks, said.

“I put eight years of my life - my soul - into VMware. So, I was a bit startled reading that,” he said.

If a deal were to emerge, it would represent a major step in Broadcom’s goal of expanding beyond its hardware stack roots and becoming a major player in IT infrastructure software.

This was was the strategy behind its previous acquisitions of Brocade Communications in 2017, CA Technologies in 2018 and Symantec Enterprise in 2019.

An acquisition of VMware would expand Broadcom’s position in the cloud ecosystem.

Broadcom, which has a market cap of US$212 billion (NZ$387.3 billion), saw its shares lose about 4 per cent of their value, dropping to US$522.01 in late afternoon trading Monday.

VMware with a market capitalisation of around US$47 billion (NZ$78.8 billion), meanwhile saw its stock price soar 20 per cent to US$115 on the news that it could merge with Broadcom.

The deal would provide Broadcom with one of the largest enterprise software companies in the world as well as new technology to boost its semiconductor business.

Broadcom is a global technology conglomerate with a wide range of products, from storage and networking devices to chips and sensors.

Got a news tip for our journalists? Share it with us anonymously here.
Copyright © 2018 The Channel Company, LLC. All rights reserved.
Tags:
broadcombusinessintelpat gelsingersymantecvmware
By O’Ryan Johnson
Staff Writer
May 24 2022
10:06AM