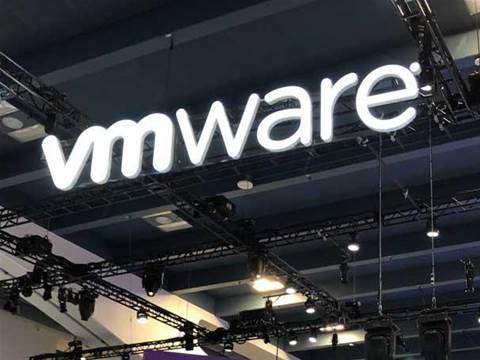 VMware Explore brought together representatives from cloud giants such as Amazon Web Services, semiconductor powerhouses including Intel and even startups such as Aisera to showcase new offerings on the expo floor.

The conference, formerly known as VMworld, was held this week in San Francisco and showed the Palo Alto, Calif.-based virtualidation giant’s continued investment in its products and partnerships—even as it prepares for a US$61 billion acquisition by semiconductor company Broadcom.

Highlights from the week include VMware CEO Raghu Raghuram unveiling vSphere 8, vSAN 8 and a new multi-cloud management offering called Aria. Raghuram and Nvidia CEO Jensen Huang described how vSphere 8 prepares the data centre for the huge workloads of the future.

Raghuram also said the acquisition of his company by Broadcom is “on track,” and the chipmaker is “super excited” about using VMware’s channel.

Here were some of the coolest products and offerings CRN US saw on the expo floor of VMware Explore 2022.

As part of the relationship, IBM Consulting has become a VMware global systems integrator partner, and the companies plan to develop joint services and go-to-market approaches. The joint projects will focus on financial services, health care, public sector and other regulated industries.

IBM and VMware have also extended their joint innovation lab for another three years. The lab was launched in 2018.

Along with these announcements, IBM said that its Cloud Satellite offering now supports VMware workloads in any environment where they run.

IBM subsidiary Red Hat also announced new integrations with VMware during the conference. VMware’s Tanzu Application Platform (TAP) 1.3 will be available on Red Hat OpenShift in vSphere and on bare metal to give users more flexibility for Kubernetes platforms.

Part of NetApp and VMware’s joint announcements during Explore 2022 was the availability of VMware Cloud on AWS integration with Amazon FSx for NetApp OnTap.

Representatives of data storage systems provider Hitachi Vantara were at VMware Explore to show off integrations between the two companies, including how to migrate data from a Hitachi Unified Compute Platform (UCP) RS to VMware Cloud on AWS.

Hitachi and VMware have a cloud-smart framework designed to help organisations with a standard approach to adopting cloud and scaling it to fit their needs.

Storage infrastructure upstart Vast Data was on the Explore 2022 expo floor this week to discuss its ransomware services and platform for enabling artificial intelligence on graphics processing units (GPUs).

New York-based Vast, founded in 2016, has also been expanding its international reach through the use of distribution partners, inking new deals with Tech Data in Australia and Arrow Electronics in Europe.

In May, Vast announced new versions of its Universal Storage software offering, adding new security features and flexible cloud data management, according to the company.

Fresh off a US$90 million Series D round of funding, Aisera was among the startups on the Expo 2022 floor. Aisera’s founder is a former executive at VMware.

Palo Alto, Calif.-based Aisera—which provides automation software for IT, sales and customer service teams—announced the Series D round on Aug. 3. The Growth Equity business within Goldman Sachs Asset Management and Thoma Bravo led the round.

Aisera was founded in 2017 by Muddu Sudhakar, who worked at VMware for two years. He left VMware in 2014 with the title of vice president and general manager of big data analytics and cloud services, according to his LinkedIn. Sudhakar’s resume includes executive roles at ServiceNow and Splunk.

Rugged Chromebooks for ambulances and scanners and dictation devices for caregivers changing rooms are some of the use cases.

The offering from Spring, Texas-based HPE allows data processing units (DPUs) to offload services from core processors and improve application performance. It was developed with VMware and AMD Pensando, according to HPE.

The distributed architecture enabled by HPE ProLiant with vSphere Distributed Services Engine is meant to free up compute resources for data-intensive applications instead of networking services.

The Pensando DPUs from Santa Clara, Calif.-based AMD aim to free up compute resources and add more security by isolating infrastructure services from server tenant workloads, according to the chipmaker.

VMware’s vSphere 8 will become available in the coming months, with AMD Epyc processor support available upon launch, according to AMD.

Dell Technologies unveild a host of new offerings in collaboration with its former subsidiary VMware during the 2022 conference.

Some of the Round Rock, Texas-based tech giant’s VxRail systems now support VMware’s new VSAN Enterprise Storage Architecture, according to Dell. VxRail systems support the new VMware vSphere 8 software rearchitected to run on DPUs. The VxRail services should become generally available in the second half of the year.

Dell’s Apex portfolio has received a boost for VMware workloads to speed up cloud-native application development and better allocate compute and storage resources for edge apps, including Apex Cloud Services with VMware Cloud with added managed VMware Tanzu Kubernetes Grid. This offering is generally available now in the U.S. and U.K., among other geographies.

Amazon Web Services and VMware plan to make a new i4i.metal instance type available before November, along with an integration with Amazon FSx for NetApp OnTap and Windows 11 support for existing VMware Cloud on AWS software-defined data centers, according to the companies.

Seattle-based AWS also unveiled a preview of IPv6 support for new VMware Cloud on AWS customers with East-West connectivity support. A preview of a bi-directional cross-cloud disaster recovery feature between VMware Cloud on AWS and Microsoft Azure VMware Solution was another announcement this week, according to the companies.

Support for NFS datastores on VMware Cloud on AWS and early access for VMware Cloud Flex Compute option were other joint company announcements from the event.

The two companies have been announcing enhancements throughout the month leading up to Explore 2022, including VMware Carbon Black Workload for AWS, a new way for distributors to buy one-year or three-year prepaid subscriptions on behalf of resellers and customers.

The partner program with VMware and Santa Clara, Calif.-based Intel is in use by partners in North America and Europe, according to the companies. CDW is a participating channel partner.

The integration, meanwhile, aims to help with employee on-boarding, managing and updating devices, as well as remote device support, according to Intel.

Among the biggest announcements at Explore 2022 was the option of buying Azure VMware Solution through the VMware Cloud Universal consumption program.

Updates to the Oracle Cloud VMware Solution unveiled this week include support for the Tanzu Standard service for running and managing Kubernetes.

The Austin, Texas-based database giant and VMware also made single-host SDDCs available for the joint solution. The new capability can accelerate on-boarding, allow for migration between on-premises and cloud and provides high-bandwidth, low-latency access to other native Oracle Cloud services.

Users can also make desktop pools for clones before scaling SDDCs to a production environment, according to the companies.

Got a news tip for our journalists? Share it with us anonymously here.
Copyright © 2018 The Channel Company, LLC. All rights reserved.
Tags:
aiseraamdbusinessdellgooglehitachihpeibmintelkioxiamicrosoftnetapporaclered hatvantaravast datavmware explore 2022
By Wade Tyler Millward
Sep 5 2022
5:54PM