Genesis teams up with ChargeNet for cheaper EV charging 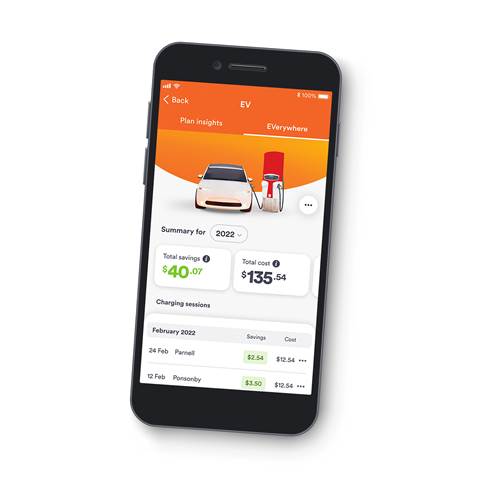 Power retailer Genesis has joined forces with ChargeNet, to set up a system that allows for electric vehicle (EV) charging at public stations for the same price customers pay at home.

Called EVerywhere, Genesis claims EV drivers can save up to 70 per cent on public charging.

This irrespective of the type of charger, whether it's standard fast, or high-power hyper rapid top ups.

Genesis has trialled EVerywhere with 100 customer for several months, and the company's chief digital officer Peter Kennedy said it made customers more comfortable travelling further in their cars.

Kennedy said that in some cases, EVerywhere triallists used public charging for the first time.

The example Genesis provided indicates that an EV can be charged overnight at home for about $3 per 100 kilometres of range, depending on vehicle model and electricity plan.

Genesis customers can access EVerywhere though the power retailer's Energy IQ app, after it's been linked to a ChargeNet account, and receive one bill for their electricity usage.

ChargeNet operates 280 stations around the country, delivering from 25 kiloWatt to 300 kW of fast charging at which customers pay for both power and time.

Free public charging is also available at some locations, with Waka Kotahi providing a journey planner for EV drivers.

Got a news tip for our journalists? Share it with us anonymously here.
© CRN New Zealand
Tags:
chargenetelectrificationeverywhereevsgenesisservice providers
By Juha Saarinen
Sep 15 2022
8:01AM