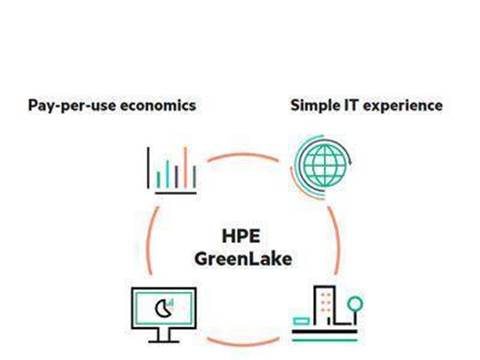 “We were recently selected as the primary provider for Google’s Cloud distributed, hosted solution,” said Neri.

Google Cloud leveraging HPE GreenLake to deliver its own “managed, hosted distributed cloud” is a testament to GreenLake’s hybrid cloud prowess, said Neri, who referenced the blockbuster deal this week.

Neri added that the agreement opens the door for HPE partners to sell both Google Cloud plus the on-premises version of GreenLake.

Partners no longer have to “do all sorts of gymnastics to say ‘your stuff is in Google Cloud, now you want something on-prem and I have to put it together for you,’” Neri said.

“Now you do it together with HPE GreenLake," Neri concluded.

Got a news tip for our journalists? Share it with us anonymously here.
Copyright © 2018 The Channel Company, LLC. All rights reserved.
Tags:
businesscloudgooglegreenlakehewlett packard enterprisehpe
By Steven Burke
Staff Writers
Jun 2 2022
4:00PM