Google Cloud to thaw hiring freeze by next month 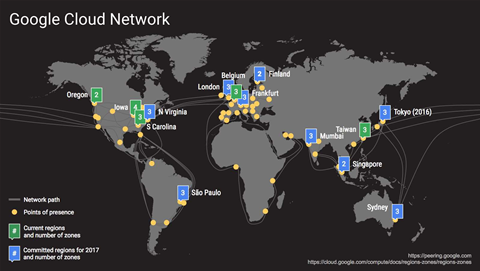 Google Cloud is in the process of unfreezing Google’s hiring pause in “a few areas” at the fast-growing cloud giant, according to a recent internal memo sent to employees.

By October, Google Cloud plans to “complete” the unfreezing of employee hiring in some areas, which was first implemented across parent company Google in July.

Brad Calder, vice president of Google Cloud Platform and technical infrastructure, said in a memo to employees that executive leaders in certain cloud teams were still trying to restart the hiring process in a few Google Cloud areas as of September.

“We plan to complete this process by the start of October,” Calder said in his memo, which was obtained by CRN.

“We’ll be slowing our hiring and sharpening our focus as a company,” said Pichai during Google’s second- quarter financial earnings call with media and analysts in July.

However, it appears that Google’s red-hot cloud business would not feel too big of an impact in terms of the companywide hiring freeze as Google would still be hiring technical talent.

“We are still focused on hiring engineering, technical and other critical roles,” Pichai added.

In the second quarter of 2022, Alphabet CFO Ruth Porat said the company added more than 10,000 employees to its head count.

“With respect to Alphabet head count, we added 10,108 people in the second quarter with the majority of hires for technical roles,” said Porat.

Google’s CFO said although the company would “slow the pace of hiring” in its second quarter, the company expects “our actions on hiring to become more apparent” in 2023.

“Our head-count additions in the third quarter will reflect we already have a strong number of commitments, including new graduate hires,” said Porat.

Google also on-boarded thousands of new employees from Mandiant, which the company officially acquired in September for US$5.4 billion in a blockbuster security move.

“Although we expect the pace of head-count growth to moderate next year, we will continue hiring for critical roles, particularly focused on top engineering and technical talent,” said Porat.

Google Cloud generated US$6.3 billion during its second quarter of 2022, representing an increase of 36 per cent year over year.

Pichai has been steadfast in recent years about technology being the focus and long-term vision for the company as a whole.

“With an uncertain global economic outlook, our strategy to invest in deep technology and computer science to build helpful products for the long term is the right one,” he said in July.

Got a news tip for our journalists? Share it with us anonymously here.
Copyright © 2018 The Channel Company, LLC. All rights reserved.
Tags:
alphabetbusinesscloudgooglerecruitement
By Mark Haranas
Sep 27 2022
3:06PM