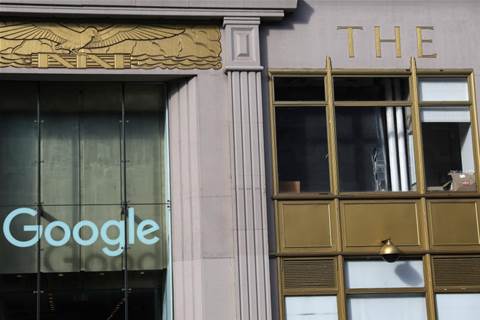 Google's parent Alphabet is cutting about 12,000 jobs as it faces "a different economic reality", it said in a staff memo.

The company is the latest among tech giants to downsize after a pandemic-led hiring spree left them flabby in a weak economy.

The job cuts affect 6 per cent of its workforce and Sundar Pichai, Alphabet's boss since 2019, said in the memo on Friday that he took "full responsibility" for the decisions that led to the layoffs.

Shares in Mountain View, California-based Alphabet, which boosted its workforce by nearly a third through 2020 and 2021, rose 4 per cent on Friday.

They have fallen 30 per cent in the past 12 months, echoing a 24 per cent slump in the broader tech industry.

The cuts come as Alphabet, long a leader in key areas of artificial intelligence (AI), is facing competition from Microsoft , which is reportedly looking to boost its stake in ChatGPT - a promising chatbot that answers queries with human-like responses.

"It is clear that Alphabet is not immune from the tough economic backdrop, with worries about a U.S. recession growing," said Susannah Streeter, an analyst at Hargreaves Lansdown.

"Ad growth has come off the boil ... Competition is also heating up, with Alphabet facing a powerful rival in TikTok, and Instagram also vying for its important YouTube viewers," Streeter said, noting that Alphabet has also racked up billions in regulatory fines.

Microsoft said on Wednesday recession worries were forcing it, too, to shed 10,000 jobs, but it would focus on imbuing its products with more AI going forward. 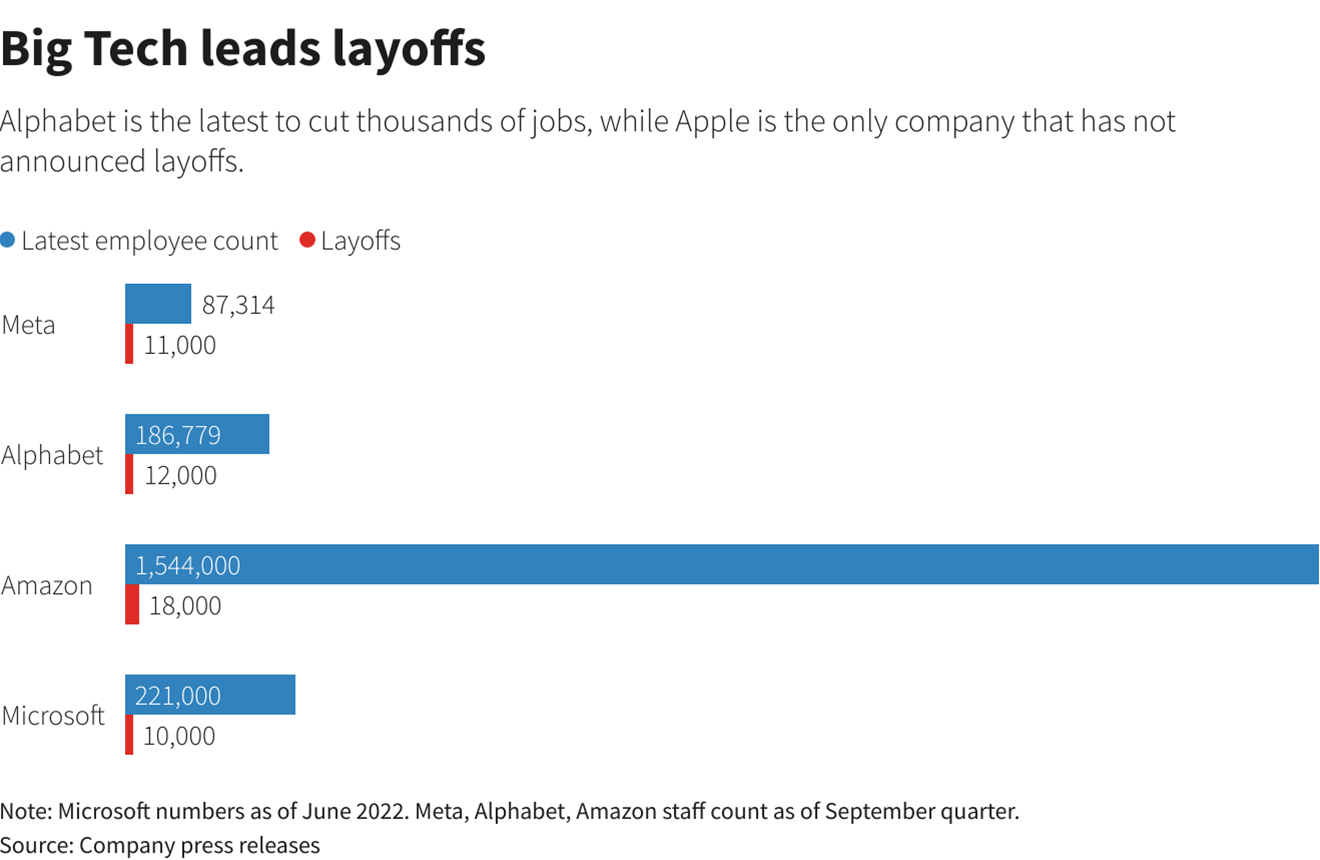 Pichai echoed the sentiment and said Google was gearing up "to share some entirely new experiences for users, developers and businesses."

The company has been working on a major AI launch, two people familiar with the matter told Reuters.

One of the sources said it would take place in the spring.

The New York Times also reported that Google planned to unveil more than 20 new products and a search engine including chatbot features.

With Alphabet's staff cuts, layoffs at four of the biggest US tech companies total 51,000 jobs, led by Amazon.

Apple , which hired more prudently through the pandemic, has held off on cuts so far.

However, website AppleInsider reported citing sources that the iPhone maker had started to lay off non-seasonal employees in its retail channel in places such as Best Buy stores.

Apple was not immediately available for a comment on the report.

The layoffs have fanned fears of a recession even as the US job market remains tight.

"The tech sector is bit like the proverbial canary in the coal mine," said Stuart Cole, an economist at Equiti Capital, who believes the tech layoffs portend that the outlook for job security is finally beginning to turn more negative.

Alphabet's layoffs followed a review of its people and priorities, leading to a workforce reduction hitting various geographies, Pichai said.

Among those losing their jobs are recruiters, corporate staff and people working on engineering and product teams, he added.

The Alphabet Workers Union said in a statement that the company's leadership taking "full responsibility" was "little comfort."

"It's appalling that our jobs are first on the chopping block so shareholders can see a few more points in a chart next quarter," the union said.

In the United States, where Alphabet has already emailed affected employees, staff would receive severance and six months of healthcare as well as immigration support.

Overseas, layoff notifications will take longer due to local employment laws and practices, Pichai said in the memo.

Employees in Asia will learn starting in February if the reduction impacts them.