Google to buy Mandiant for US$5.4b 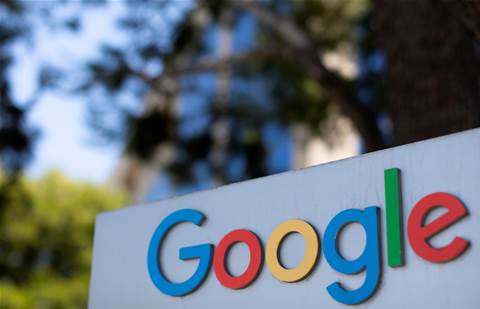 Google plans to go all-in on cybersecurity, agreeing to purchase Mandiant for US$5.4 billion to help enterprises stay protected across cloud and on-premise environments.

The US-based search and public cloud behemoth said US-based Mandiant will bring real-time and in-depth threat intelligence gained from working with the largest organisations in the world on the frontlines of cybersecurity. This acquisition will enable system integrators, resellers, and managed security service providers to offer broader solutions to customers, according to Google.

“The Mandiant brand is synonymous with unmatched insights for organisations seeking to keep themselves secure in a constantly changing environment,” Google Cloud CEO Thomas Kurian said in a statement. “Together we can make a profound impact in securing the cloud, accelerating the adoption of cloud computing, and ultimately make the world safer.”

Google will pay US$23 per share for Mandiant, which represents a 57 percent premium to Mandiant’s weighted average stock price in the 10 days leading up to 7 February. The following day, Bloomberg reported that Microsoft was examining an acquisition Mandiant, which sent Mandiant’s stock up more than 20 percent. Google’s interest in buying Mandiant was first reported Monday afternoon by The Information.

“Cyber security is a mission, and we believe it’s one of the most important of our generation,” Mandiant CEO Kevin Mandia said in a statement. “Google Cloud shares our mission-driven culture to bring security to every organisation. Together, we will deliver our expertise and intelligence at scale via the Mandiant Advantage SaaS platform, as part of the Google Cloud security portfolio.”

“We believe today‘s deal is the tip of the iceberg to a massive phase of consolidation potentially ahead for the cloud space,“ Wedbush Securities Analyst Dan Ives wrote in a note to clients. ”In a nutshell, this deal was a shot across the bow from Google to Microsoft and Amazon.”

This is the second largest acquisition in Google’s 23-year history behind only its US$12.5 billion purchase of Motorola Mobility in 2012. Google’s buy of Mandiant is subject to Mandiant stockholder and regulatory approvals and is expected to close later this year.

“Organisations around the world are facing unprecedented cybersecurity challenges as the sophistication and severity of attacks that were previously used to target major governments are now being used to target companies in every industry,” Kurian said. “We look forward to welcoming Mandiant to Google Cloud to further enhance our security operations suite and advisory services.”

“There has never been a more critical time in cybersecurity,” Mandia said in a statement. “Since our founding in 2004, Mandiant’s mission has been to combat cyberattacks and protect our customers from the latest threats. To that end, we are thrilled to be joining forces with Google Cloud. Together, we will deliver expertise and intelligence at scale, changing the security industry.”

Got a news tip for our journalists? Share it with us anonymously here.
Copyright © 2018 The Channel Company, LLC. All rights reserved.
Tags:
businessgooglemandiant
By Michael Novinson
Mar 9 2022
9:45AM