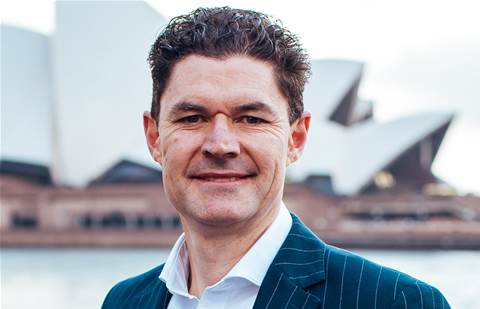 HP Inc.’s new global head of its large format business Michael Boyle is the latest Australian executive to join the vendor’s global executive team, following the footsteps of the likes of former HP president and chief executive Dion Weisler and many others.

Boyle finished up as HP’s vice president and managing director for Australia and New Zealand in August 2022 following close to four years in the role, with HP Africa boss Brad Pulford named as his successor.

While he has officially started in his new role, Boyle will relocate to Barcelona, Spain later this year to run the large format business.

HP’s Barcelona campus is the vendor’s largest office outside of the United States, mainly housing its printing division.

Speaking to CRN at the HP Amplify Executive Forum in Dubai, Boyle said his experience managing the ANZ region and his background in research and development makes him a good fit for the role.

“Coming back to large format, I would make a good fit within HP at the moment as my stint as ANZ managing director provided me the appreciation of the organisation [HP] moved towards three years ago, and in combination with my knowledge and skill in large format,” he said.

“It’s really exciting and it’s good to be back and looking forward to the next few years ahead for large format at HP.”

Boyle also follows the footsteps of another decorated HP executive, current president and chief executive Enrique Lores, who himself was the vice president and general manager of the vendor’s large format printing from 2003 to 2008.

Boyle has been a veteran in the print industry with more than two decades under his belt, eventually moving into large format in the early 2000s and specialising in the area.

“[The 2000s] was the era where the graphics and capability of the technology was really expanding and I jumped on that side of things, eventually ending up working in an international role at Oce in the Netherlands and came to HP in 2015,” he said.

“The knowledge from that base is going to be really helpful in the new role, and as I get deeper, I'm gonna see a whole bunch of different perspectives as well, which is always exciting.”

Looking ahead, Boyle expects to see further growth in the graphics side of HP’s large formats business.

“The pandemic has actually increased demand for graphics, particularly whether or not it is around safety signage, and is expected to grow even further as we’re getting back into the brick and mortar world,” he said.

“In terms of innovation, we’ve got the regular heartbeat and some new product introductions at the end of the year and into next year.

The great thing about the stable that HP has got from print technology allows us to really break new ground, whether or not it is in speeds, different application types, sizes, format and workflow.

“It’s very logical to expect that you will see some exciting things breaking new ground in the next few years out of HP.”

Boyle added the large format business has not been as impacted by supply chain issues compared to the rest of HP’s business, as most components were not in scarce supply.

“It's fair to say the opportunity that has also borne out of this is actually that because of our supply chain with distributed manufacturing, we are seeing more print being distributed, particularly around packaging, et cetera, to places such as Australia or worldwide locations.”

“So as much as anything, it's actually bringing an opportunity because companies are needing to be more nimble, agile and print what's needed, and will produce what's needed when it's needed.

And then that innovation has actually been really good for particularly the packaging application of large format.”

Got a news tip for our journalists? Share it with us anonymously here.
Copyright © CRN Australia. All rights reserved.
Tags:
businesshpmichael boyle
By Nico Arboleda
Sep 7 2022
10:46AM