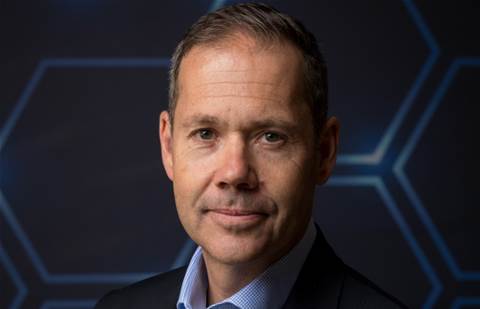 HP has named Brad Pulford as its new managing director for Australia and New Zealand, replacing Michael Boyle who moved to a new global role earlier this year.

Pulford, who will commence his new role in November, is currently HP’s vice president and managing director for its Africa region. He had been in the role since November 2020.

Pulford will relocate to Sydney from Johannesburg, South Africa, while Boyle will leave Australia to join HP’s Barcelona, Spain office.

Prior to joining HP in 2020, Pulford worked at Dell Technologies in South Africa from 2006 to 2020, most recently as executive director and general manager from 2018 to 2020.

Meanwhile, Boyle was promoted to global head of large format go-to-market earlier this month, revealing the change on LinkedIn.

“I’ve tried to put into words just how phenomenal the last four years of being the Managing Director of HP Australia and New Zealand have been. But I must admit they might not do my experience justice!,” his post read.

“So much has changed in the technology industry because of how drastically our world has transformed and everything we've been through together.

I couldn’t have ever imagined that I would need to lead the business through two years of lockdowns while working from home.

When the world slowed down, team HP sped up – innovating and pivoting to give people what they need to do their best. This was only possible with a rock-star team behind me,” he said.

Boyle was appointed to lead HP’s ANZ region in 2018 after a three-year stint as the vendor’s Asia-Pacific and Japan vice president of graphics solutions.

He replaced interim South Pacific managing director Paul Gracey at the time, who stood in as regional leader after the departure of Rob Mesaros the same year.

Before joining HP, Boyle worked at printing services specialist Oce from 2001 to 2014 across Australia and the Netherlands, before the company was acquired by Canon Australia in 2014. He stayed at Canon for just over a year as senior general manager before moving to HP.

Got a news tip for our journalists? Share it with us anonymously here.
Copyright © CRN Australia. All rights reserved.
Tags:
brad pulfordbusinesshpmike boyle
By Nico Arboleda
Aug 30 2022
5:25PM