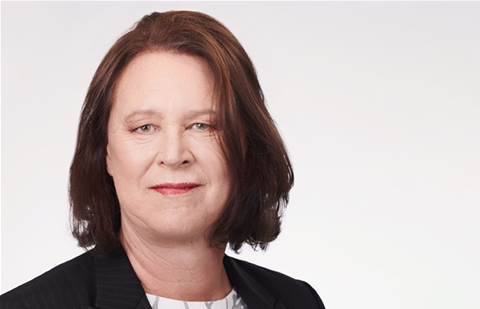 IT services provider Kyndryl has named a managing director for New Zealand, naming Audrey Campbell-Frear to the role.

Kyndryl was spun out of IBM’s managed services business last year and will take the lead reins of the company’s Aotearoa business from March 1.

Campbell-Frear will be tasked with building closer relationships between Kyndryl’s NZ team and customers, and focus on building external partnerships and defining and implementing a skills roadmap, a spokesperson said.

“Audrey brings a fresh perspective to our business and is passionate about contributing to customers transformation and delivering on the promise of technology,” Kyndryl ANZ president Kerry Purcell said of the appointment. “I welcome her to the team and am looking forward to working closely with her to expand our customer and partner relationships in New Zealand.”

Campbell-Frear was most recently the innovation and new business general manager for Olivado, an NZ supplier of various cooking oils.

Her previous roles include time as a BDM for honey supplier Honeyman NZ, as NZ country manager for telco software vendor Mavenir, as a BDM and client services executive for IBM NZ, as well as over a decade with Spark NZ as a senior manager.

She will report to Purcell, who was appointed to the ANZ leadership role in July last year, among one of the companies early hiring waves. Now based in Sydney, Purcell formerly led IBM’s global technology services in Japan.

Kyndryl recently formed partnerships with two of the major cloud providers – Microsoft in November 2021 and Google Cloud the following month.

“As an independent company, we’re investing in our partner ecosystem to support the success of our customers, and we’re focused on expanding our market opportunity across cloud, data, security, and intelligent automation,” Kyndryl CEO Martin Schroeter said when the Microsoft partnership was announced.

This week, the company announced a partnership with Nokia, centred around bringing long-term evolution (LTE) and 5G private wireless networking services to customers in the industrial sector.

Got a news tip for our journalists? Share it with us anonymously here.
© CRN New Zealand
Tags:
audrey campbellfrearibmkyndryl nzservice providers
By Ben Moore
Feb 22 2022
8:46AM