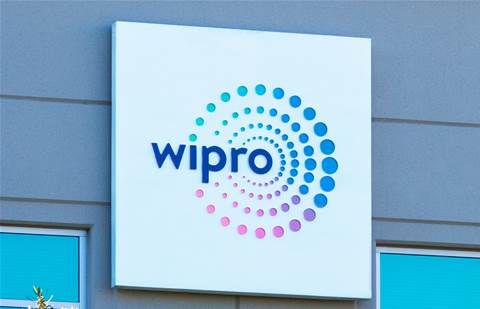 India's Wipro has forecast smaller sequential revenue growth for the December quarter amid a challenging macro environment, but said its order pipeline looked robust with a few mega deals.

The Bengaluru-based company forecast revenue from its information technology business to be in the range of US$2.81 billion to US$2.85 billion for the third quarter, translating to sequential growth of 0.5 per cent to 2.0 per cent.

IT services revenue rose 4.1 per cent in the second quarter from the first.

"There is a sense of caution. We see that the quality of the discussion is both towards transformation, but also towards cost conservation and optimisation," chief financial officer Jatin Dalal said in an interview.

Despite the expected weakness, Wipro said its deal pipeline remained robust in the quarter, including some mega deals that are worth US$100 million.

"What gives us confidence is that there is good momentum in the market ... There is a hunger."

"There are talks around stitching something large, which was not present, frankly, 12 months back," Dalal said.

Total contract value of large deals, worth typically about US$30 million, came in at US$725 million in the second quarter, Wipro said.

Indian IT services companies, which rode the pandemic-driven demand, are bracing for an economic meltdown in their major markets, the United States and Europe.

Wipro reported a drop in quarterly profit that came well below analysts' estimates.