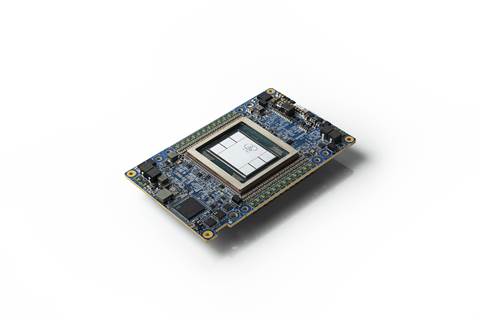 Intel has launched new chips by its subsidary Habana Labs in Israel, aimed at boosting the company's fortunes in the burgeoning artificial intelligence and machine learning market.

They are pitted directly against Nvidia which dominates the AI chip market currently with its CUDA parallel computing toolkit and hardware.

Intel bought chip startup Habana Labs in 2019 for US$2 billion (NZ$3.18 billion), aiming to take market share away from Nvidia.

Head of data centre and AI at Intel, Sandra Rivera, estimated that with a quarter growth every year, the chip market for AI/ML would hit US$50 billion over the next five years.

"We intend to invest and innovate to lead this market,” she said, adding that increasingly the investments will be in software, both for expanding Intel's team and buying other companies.

Medina said the Gaudi2 was twice as fast as Habana's previous AI chip and manufactured at Taiwan Semiconductor Manufacturing 7-nanometre fabrication technology, which is substantially finer than the 16-nanometre lithography used previously.

Gaudi2 also triples the in-package memory capacity to 96 gigabytes of high-bandwidth 3D-stacked memory which performs at 2.45 terabytes per second.

Habana Labs' Greco processor will enter mass production in the first quarter of next year, and is also made with 7 nm process, which has lowered the thermal envelope for the chip from 200 Watt to 75.

Greco is an inference processor that integrates media encoding and processor, and is available in single-slot, half height and length (HHHL) PCIe Gen 4 with eight lanes form factor.

Supermicro and Habana have partnered to bring a Gaudi2 Training Server to the market this year.