Intel to lay off workers, adjusts forecast down 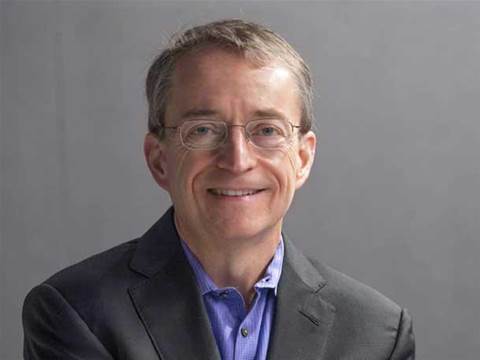 Intel has cut its 2022 revenue forecast for the second time this year with chief executive Pat Gelsinger, asked about potential layoffs, telling Reuters "people actions" would indeed be part of a cost reduction plan.

They had slumped roughly 47 per cent so far this year, underperforming both the S&P 500 index and the Philadelphia SE Semiconductor index.

In its earnings release Intel said it was focused on driving US$3 billion in cost reductions in 2023.

"The amount that we can do with respect to people costs is a minority of our overall cost structure," Gelsinger said.

"So driving efficiency in the factory network is way more important to our economics than people cost," Gelsinger told Reuters, adding that adjustments of flexible workforces can be "quite immediate".

The adjustments would start in the fourth quarter, he said, but did not specify how many employees would be affected.

Net income for the third quarter ended October 1 was US$1.02 billion, or 25 cents per share, down sharply from profit of US$6.82 billion, or US$1.67 per share, a year earlier

A slump in PC demand and recession fears have muddied the outlook for the data center market, both big markets for Intel.

"We believe its data center share loss should also moderate going into next year."

Surging inflation has hit demand for computers and other gadgets, forcing electronics companies to cancel orders for components such as chips as they struggle to clear inventory.

The research firm expects a 13 per cent drop for the full year, higher than Intel's estimate of a roughly 10 per cent decline.

Chipmakers have also come under pressure from concerns that the threat of a global recession could prompt clients from the more lucrative data center market to wind down spending.

Its original forecast was for about US$76 billion.

Analysts on average expect annual revenue of US$65.26 billion, according to Refinitiv data.