When Apple started releasing SE models (ones that use an older frame with newer tech at a cheaper price) they had a surprise hit on their hands. It turned out people still love a good value, especially in the hyper-competitive smartphone arena. Samsung started putting together its own value- and mid-range offerings.

Apple released this year’s budget beater SE during its springtime Peek Performance event on Tuesday. Samsung’s own Galaxy S21 FE was released back in January – with more of a mid-range price tag. 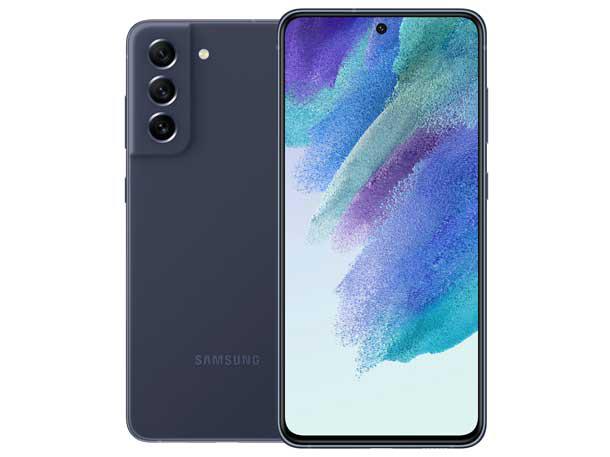 First Up: The Samsung Galaxy S21 FE, Bigger Package With A Smaller Price

The Galaxy S21FE was a follow-up to the successful S20 FE. It offers upgrades and a reasonable price starting at $1099. With the same processor as the S21, the FE lacks a few of the more expensive model’s bells and whistles, though it is 5G capable, but trades up in screen size.

It was a little bit of a head-scratching release, with the launch of S22 models just around the corner. Previous generation phones feel a bit odd getting a ship date so close to their new siblings. But for those who didn’t want to wait for the new release and liked the FE’s price point, it was a good time to get the S21’s best features in a budget-friendly package.

The S21 FE is a bit bigger and a little heavier than the S21, with a 6.4-inch display (compared to S21’s 6.2-inch screen). It’s a svelte 7.9 millimeters thick and uses Samsung’s Dynamic AMOLED technology with FHD Plus resolution, just like on its more pricey sibling, the S21. Apple fans are a nostalgic bunch. They can tell you all about the first iPhone they owned, the first iPad, the first iPod and so on and so forth. So, a chance to snap up a phone with the latest features housed in a familiar frame is going to be very appealing. Apple banks on this trend yearly and this spring was no different.

Priced at an attractive $799, the latest entry-level iPhone plays to its strengths. It packs in the zippy A15 Bionic processor, 64GB of storage – basically the same specs as found in the iPhone 13 line. But what you gain in performance, you lose in display – the SE uses the large-bezel, 4.7-inch retina screen that may have some squinting to read their texts. Still, a smaller phone is attractive to a lot of people still, especially one that is 5G-enabled. And you could always shell out the extra cash for the iPhone 13 line. But that’s not why you’re here, is it?

One throwback might impress fans of the older phones. The SE gives you the comfort of a home button again, complete with that nifty old fingerprint scanner technology. Both models feature the power-hungry 5G capability. So you’ll need every bit of the 4,500 mAh battery on the Samsung S21 FE, which is larger than the one found on the more expensive S21. The S21 FE also supports refresh rates of up to 240Hz for a better gaming experience, also coming at the expense of battery life.

On the iPhone SE, Apple boasts of longer battery life than its predecessors because of the efficiency of the A15 chip. Of course, the company is secretive about the actual size of the battery. But early tests are showing excellent battery performance that matches up to competitors. That’s really what this is all about, right? The bottom line? Well, we have to give this one to Apple and not just for being less expensive. But they do it with style and a wink at their older models, saving some fun and familiar features from retirement. The S21 FE is just fine. But honestly, at that price, why not just move up to the new S22 line and go for broke?

Got a news tip for our journalists? Share it with us anonymously here.
Copyright © 2018 The Channel Company, LLC. All rights reserved.
Tags:
5gapplegalaxyiphonereviewsamsungsmartphonetech
By Shane Snider
Mar 14 2022
11:56AM