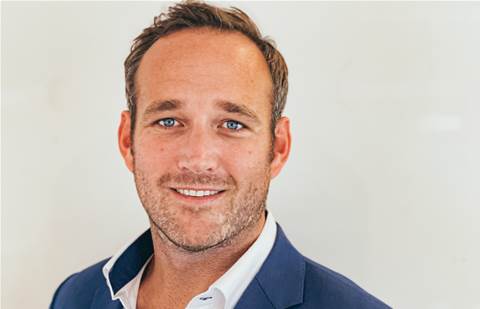 US-headquartered cloud distributor Pax8 has named James Bergl as its next vice president of sales in Australia and New Zealand, along with Tracy Lacewell as the new VP of corporate projects in Asia-Pacific.

Bergl moves from his previous role as Pax8 VP of business development, which he had held since April 2022.

He moves into a role vacated by Lacewell, who has moved to the newly created projects role.

Bergl will be responsible for the region's GTM activities for the sales organisation, including the CGS, CAM, and pre-sales resources, a Pax8 spokesperson told CRN.

“For now, James continues to have the leadership of the Academy GTM, which is executed through James Davis, Director of Pa8 Academy, who joined Pax8 Asia through the Sea Level APAC acquisition,” the spokesperson said.

“James was chosen for this role due to his wealth of experience in the market and with Sales organisations."

"His relationships with the local partners will augur well for Pax8 in the region,” they added.

He also worked at N-able Technologies as regional sales manager APAC from 2013 to 2015.

Bergl and Lacewell will report to the CEO of Pax8 APAC, Chris Sharp, who leads the company’s expansion into Asia and its operations in APAC.

Lacewell VP of projects role was “created to assist the region in landing some of the most important foundational and transformational projects across the APAC region”, the Pax8 spokesperson told CRN.

“Tracy will be responsible for building the new corporate competencies around sales enablement and will help us to create a consistent sales environment across our growing subsidiary base of Australia, New Zealand, Singapore, Malaysia, Indonesia, and Thailand,” they told CRN.

“Along with delivering the Command the Message project, Tracy will be responsible for our Equity, Inclusion, and Sustainability programs with our People Operations team.”

She also worked at CoreSite in 2015 to 2016 as director of distribution channel sales.

In May this year, Pax8 announced it had signed up some 100 managed service providers in Australia and New Zealand to use its partner enablement platform, despite having only officially launched in ANZ early this year.

Also in May, Pax8 announced the acquisition of  the Asia Pacific business of IT services training provider Sea-Level Operations.

Pax8 bought Auckland-based provider Umbrellar in August this year, for an undisclosed sum

Got a news tip for our journalists? Share it with us anonymously here.
Copyright © CRN Australia. All rights reserved.
Tags:
businesscloudjames berglpax8tracy lacewell
By Amelia Norris
Oct 24 2022
11:08AM