Kaseya CEO: ‘We’re not buying Datto to destroy it’ 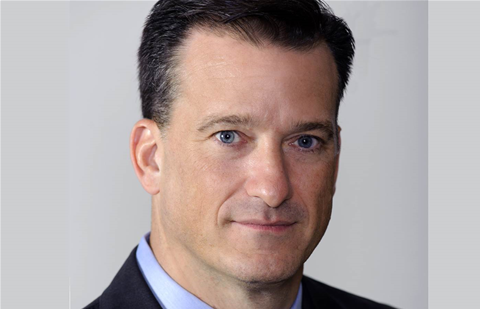 Kaseya CEO Fred Voccola told CRN US he is firmly committed to investing in Datto’s strong channel culture, product set and brand in the wake of his company’s planned market-rattling US$6.2 billion acquisition of the MSP highflier.

“We don’t buy companies to gut them for profit,” said Voccola when asked to respond to MSP fears that the acquisition will have a negative impact on Datto. “Every acquisition we’ve done, we’ve doubled or tripled or in some cases quintupled the amount of investment in the products and support in the business. We’re not buying Datto to destroy it. We’re buying Datto because we want to get better at that, and Datto is the best, so we buy the best.”

Voccola said Kaseya will keep the Datto brand and has no plans to shutter any Datto offices. “We’re spending US$6.2 billion to buy an awesome company,” he said. “The last thing that we want to do is make it unawesome. When we buy companies, we buy them for a reason. They’re great. We don’t [mess] with the culture, and we don’t change the brand. We don’t change the companies just to change.”

Kaseya has a strong track record of investing in the companies that it has acquired, said Voccola. “Every single company that we bought over the last seven and a half years since I’ve been here, we followed the strategy of integrating the products, keeping the culture of the company we bought and investing more in the R&D in support of the companies we bought,” he said. “We’ve made every product we bought more affordable, and the more affordable the technology is, the more room there is for MSPs to make profit.”

In a post on its website, Kaseya said its acquisition track record includes additional R&D investment, new hires and overall lower prices for MSPs on all the software companies it has acquired. One example: Kaseya has invested US$50 million in additional R&D in IT Glue since it acquired the popular IT documentation software provider in 2016. That investment has yielded 90-plus major features, 35 new integrations and 1,625-plus software releases, Kaseya said.

In addition, since IT Glue was acquired the number of employees has increased from 34 to 181 with two original executives from IT Glue still on the Kaseya team: Nadir Merchant, general manager of IT operations, and Holly Pateman, senior vice president of product marketing.

All in all, IT Glue has experienced 375 percent sales growth since it was acquired, as well as lowered pricing on the product set, Kaseya said.

Kaseya has historically charged about 30 percent less than its competitors for all the different technological areas it provides, and combined with Kaseya’s support programs, its MSP partners tend to be the most profitable, Voccola said.

Kaseya is committed to supporting all Datto’s products for the simple reason that it doesn’t make financial sense for the company to risk customer relationships by not investing in them, Voccola said.

“Will we have two PSAs?” he said. “Yes, we will. ... The financial cost to maintain multiple products in a similar category, it’s not a lot. If it costs an extra US$20 [million] or US$30 million a year, that number sounds enormous, but it’s nothing for a US$1.5 billion company. It’s a lot cheaper than [ticking] off a few thousand customers.”

Kaseya also has a history of lowering, not raising, prices for the technology it acquires, Voccola said.

“I can’t tell you, due to legal reasons, what we will or will not do [with Datto], but I can say that every single acquisition we’ve done, every one of them, we’ve done them all the exact same way,” he said. “We’ve never raised prices; we’ve done the opposite every single time. Very often the past is the best indication of the future.”

Voccola acknowledged there are concerns among Datto’s MSPs that the Datto culture might disappear after the acquisition closes, but he said concerns are way overblown. He said he would like talk to “each and every” partner who has expressed concerns about the deal.

“Human beings don‘t like change,” he said. “When change comes, fear, doubt and uncertainty set in. We compete with 200 to 300 different software companies, and every one of our competitors is trying to sow fear, doubt and uncertainty. I don’t blame them. I would do the same thing. I’d be more than happy to talk to anybody. Anybody can reach out and have a conversation with me. We are not going to change what makes [Datto] great. Hopefully we’ll reinforce it and apply what makes them great to other areas of our company, just like we’ll apply things that make IT Glue great to Datto.”

About 8,000 of Kaseya’s total community of 17,000 MSPs are Datto partners already, Voccola said. And contrary to what may be posted on Reddit or other social media platforms, the MSPs who have talked to Voccola since the planned acquisition was unveiled have been positive about the deal, he said.

“Most people said this is great because they know what Kaseya has done,” he said.

That said, Voccola said he legally has not yet been able to reach out directly to Datto MSPs to address their concerns. “We wouldn’t do that until the deal closes. ... It would be illegal if we reached out to those customers,” he said.

Steven Burke and Joseph F. Kovar contributed to this article.

Got a news tip for our journalists? Share it with us anonymously here.
Copyright © 2018 The Channel Company, LLC. All rights reserved.
Tags:
businessfred voccolakaseya
By C.J. Fairfield
Apr 27 2022
9:32AM