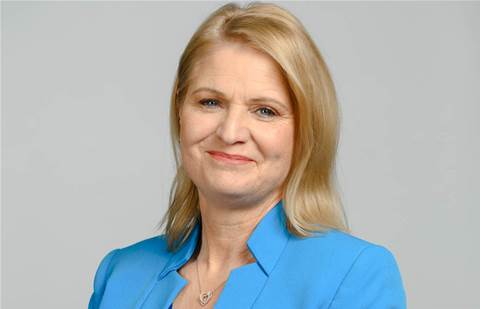 Troughton, who left IBM earlier this year amid a restructuring, replaces Suzanne Steele, who now leads Adobe’s operations in the United Kingdom.

In her new role, Troughton will manage Adobe’s business and operations across the region and will report to APAC president Simon Tate.

“Australian and New Zealand businesses and governments continue to rapidly accelerate their digital transformation strategies and implementations, and Adobe’s market-leading technologies are seeing strong momentum across the region,” Tate said.

“Katrina is an experienced and creative outcome-focused leader with a proven track record of delivering results and transforming businesses for sustainable growth."

"I’m delighted to welcome her into the Adobe business,” Tate added.

Troughton had been at IBM for most of her career, working across the company’s Sydney, Shanghai and New York offices in a number of global and regional roles. She was named ANZ managing director in 2019 before departing earlier this year amid the merger of IBM’s ANZ region with Southeast Asia and Korea to form the then-new ASEANZK geo-sector within the wider APAC region.

In its announcement, Adobe touted some of Troughton’s accomplishments at IBM, including its implementation of its first Reconciliation Action Plan (RAP), growing its software as a service offering, and leading transformations across operations, digital sales, digital marketing, partners and client success.

Commenting on her appointment, Troughton said, “Adobe is a global category leader that helps everyone – from creative hobbyists and small businesses to global brands – design and deliver exceptional, personalised digital experiences.”

“I have always held a passion for technology and am thrilled to be leading the Adobe Australia and New Zealand team. Digital has become the way for people to connect, work, learn, and be entertained, and I am confident Adobe is the best placed technology partner to help businesses, brands, and individuals succeed in today’s digital-first world.”

Got a news tip for our journalists? Share it with us anonymously here.
Copyright © CRN Australia. All rights reserved.
Tags:
adobebusinessibmkatrina troughtonsimon tatesuzanne steele
By Staff Writers
Sep 29 2022
5:47PM