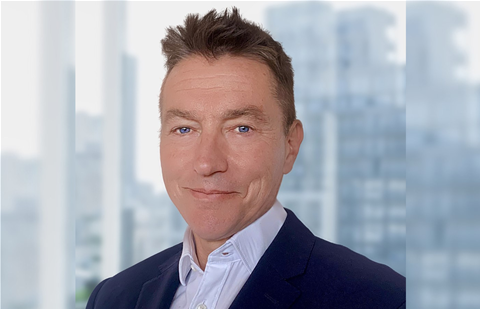 Security vendor Bitdefender has announced it has named Kevin Dyson as its new regional director for Australia and New Zealand, six months after he joined the company in January this year.

Dyson replaces Demetrios Georgiou, who left Bitdefender in November 2021 to join Secureworks as its sales director and general manager for Asia-Pacific.

Bitdefender also announced that Greg Ryan, who was hired in April, has been appointed as the regional sales director.

CRN understands the announcements come as both have been onboarded and are across the Bitdefender enterprise portfolio, with the company deciding to reveal the appointments to the market months after hiring Dyson and Ryan.

“Kevin and Greg are seasoned professionals who understand the Australian and New Zealand markets, the unique challenges organisations in the region face, and how to position Bitdefender’s business security solutions to meet their needs and increase cyber resilience,” he said.

“I’m confident they will continue to build our reputation as one of the world’s most trusted cybersecurity companies while expanding the range of enterprises and organisations benefiting from our innovations in threat prevention, detection and response technologies,” Kelley added.

Dyson was chosen for the role partly from his decades of enterprise sales experience with leadership positions at the likes of Nokia Corporation, Check Point Software Technologies and Fortinet.

Commenting on his appointment, Dyson said his and Ryan’s roles represent an investment in the channel at a time when enterprises are increasingly in need of effective cybersecurity in the face of changing market conditions and increased attack sophistication.

“We’re committed to building more awareness of the enterprise capabilities of Bitdefender in the A/NZ region,” he said.

“CISOs, and security teams struggle to keep up with the constantly changing threat landscape, supply chain security issues, and threats like ransomware.

"Bitdefender solutions are recognised by top third party tests like MITRE, AV-TEST and AV-Comparatives, as well as industry leading analyst firms for efficacy in detection and prevention, but also for ease of use and deployment, which are important to mid-sized and smaller organisations that make up the vast majority of the ANZ market,” Dyson said.

Ryan too was hired based on his past roles, specifically in sales and marketing leadership at IBM and Telstra, as well as strategic sales roles at FireEye (now Trellix), Wipro and Cloudstaff.

He said said mid-sized organisations are a key focus area for selling Bitdefender in the ANZ region.

“Bitdefender managed detection and response (MDR) offering is one of the best on the market and tailored for mid-sized organisations, such as those in the education, healthcare, local government and fintech/financial services markets who often have limited on-site security resources,” Ryan said.

“Globally, we have seen growing adoption of Bitdefender MDR in these verticals, and believe that we can replicate this success here as well.

Got a news tip for our journalists? Share it with us anonymously here.
Copyright © CRN Australia. All rights reserved.
Tags:
anzbitdefenderbusinessgreg ryanibmkevin dysontrellix
By Staff Writers
Jul 1 2022
2:47PM