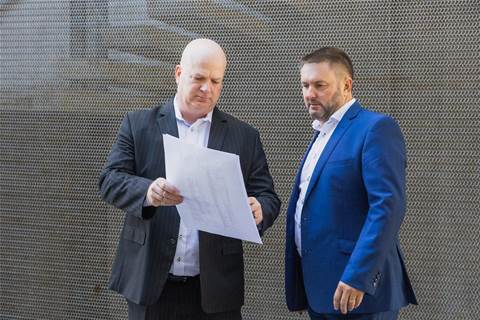 The new company, founded by a group of data centre industry players, was founded last year to create data centres to service the country's regions and with a focus on sustainability, director David Simpson told CRN.

As a first step, the company has acquired Northland-based Advanced Data Centres (ADC), set to finalise this coming Friday on April 1, which owns and operates a colocation data centre in Whangarei and provides IT services.

Simpson said that the acquisition was the result of an opportunity that was too good to pass up and will bolster T4's presence with “a small data centre and highly skilled resources with which we can take off”.

Simpson said Northland had always been on T4's radar as “Southland and Northland have some similar characteristics, both in terms of the people in the areas, and that Northland is a key connection point for subsea data cables and Southland will be in the future.”
T4 also has an Auckland-based colocation data centre.

Simpson said that the plan is to build a 10MW data centre in Southland, which will be NZ’s first tier 4 data centre, meaning it has an expected uptime of 99.995% per year.
To achieve this, it will take advantage of Invercargill having independent feeds from two separate power stations that they can tap into.

“Most power in Auckland mixes through a substation network before it reaches the customer and a substation going down can cause a complete connection outage for the customer,” Simpson explained.

With a history in carbon asset management and other sustainability initiatives, he said that ensuring the new data centre will be entirely carbon neutral is of high importance to the business as a whole.

“We’re aiming for 100 percent renewable if possible and are already looking into recycling opportunities for energy storage,” he said. “We’ve got a number of initiatives to get as close to 100 percent as we can and are hoping we can achieve carbon neutral without using any offsets.”

Simpson explained in a statement that the data centre will use modular design and rely on the region’s hydropower generation. It will also use the naturally cool air of the region to reduce the need for powered cooling systems and extract warm air to be used by a large local business.

“T4 Group is not greenwashing its operation; currently, data centres in New Zealand rely heavily on coal as a secondary power source which companies offset by purchasing carbon credits,” Simpson said. “We can harness the unique benefits from the regions, such as access to hydro energy, to develop a truly green and sustainable community asset.”

This is the second major data centre announcement for Southland in recent months, with Datagrid’s hyperscale facility approved by the OIA in January.