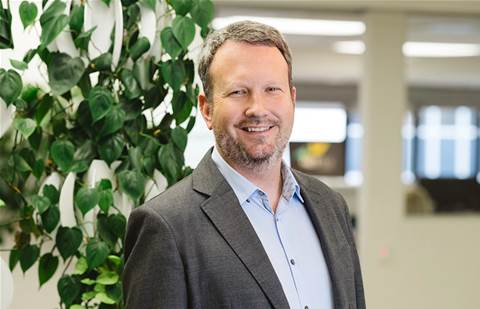 InternetNZ, also known as Ipurangi Aotearoa, has announced that the industry body’s chief executive Jordan Carter will retire from the industry body in June of this year, after nine years in the role.

Andrew Cushen, who holds a range of titles within the organisation including depute chief executive, has been named to act as interim chief executive.

In the coming weeks Cushen, who is also director of policy and regulatory as well as director of communications and engagement, will transition to taking over day-to-day operations and provide support to Carter as he prepares to leave.

"I am very proud of our achievements over the past decade,” Carter said. “Today, InternetNZ is a leading voice on a wide array of Internet policy issues, and the organisation has successfully reoriented our work from a technology-centric to a people-first perspective.

"With a new technology stack for our core .nz product in place later this year, and a new strategy under development to take the organisation into the next decade, there’s much to celebrate and strong foundations upon which to build,” he added.

"Working with a diverse range of stakeholders and partners here in Aotearoa and around the world has been an enormous privilege. I want to acknowledge the support the Council has given me throughout my time in the role, and all of my colleagues at InternetNZ and the Domain Name Commission. It’s been an absolute privilege to lead such talented, passionate and committed people in the important work that we do."

InternetNZ’s Council will begin recruitment for a replacement over the coming weeks.

InternetNZ President Joy Liddicoat said, "Jordan has made an outstanding contribution to InternetNZ. After 19 years, including nine as Chief Executive, Jordan leaves with an extraordinary and impressive record of achievements both in New Zealand and on the global stage. Jordan has worked tirelessly to promote the core values of the Internet and to be a champion for .nz."

"We are extremely grateful for his service and proud of his achievements. We will begin recruitment for a new Chief Executive shortly. In the meantime, we acknowledge Jordan’s unique contribution and are delighted he will work with us to help ensure a smooth transition over the coming months," she added.

"Together, we will make this a seamless transition for the organisation, and my Council colleagues and I look forward to formally farewelling Jordan later in the year, as pandemic conditions ease.”

Got a news tip for our journalists? Share it with us anonymously here.
© CRN New Zealand
Tags:
andrew cushenbusinessinternetnzipurangi aotearoajordan carter
By Ben Moore
Mar 3 2022
11:30AM