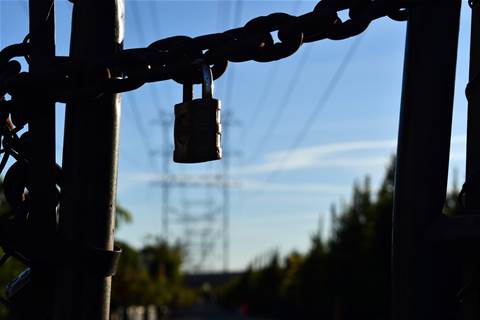 Many factories are now closed and are awaiting approval to reopen, according to reports from Reuters and other outlets. The closures could send further shockwaves through a supply chain still reeling from delays and shortages.

Apple iPhone supplier Pegatron has been forced to shut down its operations in Shanghai and Kunshan. Apple’s supplier woes continue to grow with the shutdown of Quanta Computer, which produces three-quarters of MacBooks globally, Reuters said. Foxconn, another Apple supplier that had briefly closed due to COVID, was able to reopen. Analysts say some of Pegatron’s orders could be transferred to Foxconn to avoid delays.

According to Ming-Chi Kuo, an Apple analyst and forecaster with TF International Securities, Quanta has about 40,000 employees at eight plants in Shanghai. The company, he wrote on Twitter, is expected to have up to 15 percent of its workforce back in action by April 22.

“My understanding is that Quanta … resuming the production of Apple’s Mac [is] the 1st priority …” Kuo wrote. He noted that Quanta is the sole supplier of high-end MacBook Pros and that delivery times have already increased by three to five weeks after the shutdowns.

Shanghai, a massive tech manufacturing hub and home to 25 million people, has been locked down for three weeks. Some suppliers do have plants in other parts of China and other countries such as Taiwan where work could be diverted. But the sheer volume of orders could spell delays down the line regardless of mitigation efforts.

Laptop maker Compal Electronics, a Taiwan-based company with plants in Kunshan, China, produces laptops for major PC makers Dell and Lenovo and may be affected as well. An analyst told Reuters that roughly 50 percent of Compal’s laptop production is in Kunshan. Compal told Reuters that it had not halted production. Some companies have been able to use a “closed-loop” system where employees live on-site and are monitored closely for symptoms.

Apple and Lenovo did not respond to a request for comment.

A spokesperson for Dell responded to CRN US via email, writing, “The Shanghai lockdown is causing logistics restrictions and delays. We are managing the impact on our business and supply chain operations through extended order lead times for a portion of our notebook portfolio. This up-to-date information is visible to customers, partners and our sales teams during the order process.”

Meanwhile, Kuo said that even with Foxconn up and running and testing employees regularly, supply chain havoc may be impossible to avoid, adding “… the potential supply disruption has become a structural risk that Apple and investors can’t ignore in the foreseeable future,” he wrote.

Got a news tip for our journalists? Share it with us anonymously here.
Copyright © 2018 The Channel Company, LLC. All rights reserved.
Tags:
applecoviddelllenovosupply chaintech
By Shane Snider
Apr 20 2022
8:55AM